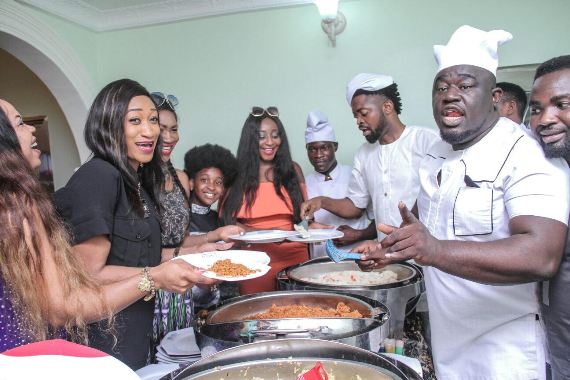 Over the weekend, popular Nollywood stars joined other celebrities in Warri Delta State for a get together party organized by Warri-based Billionaire Chief Michael Ikuku.

Comedian Basketmouth and Soberekon were paid to act as chefs at the party. See more photos… 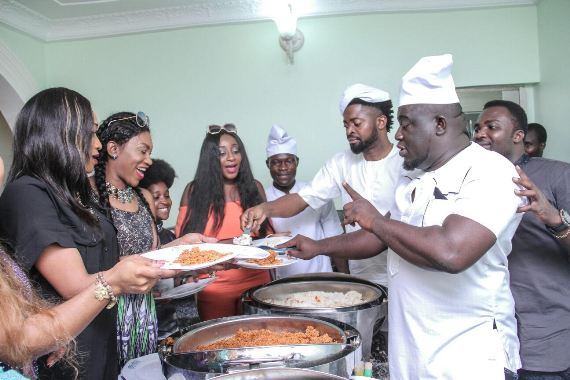 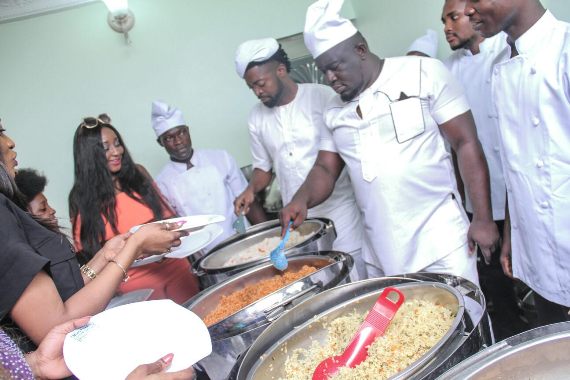 Chief Ikuku is popular for lavishing millions of Naira on celebrities every year.

Last year, he invited Omotola and others to his birthday party. 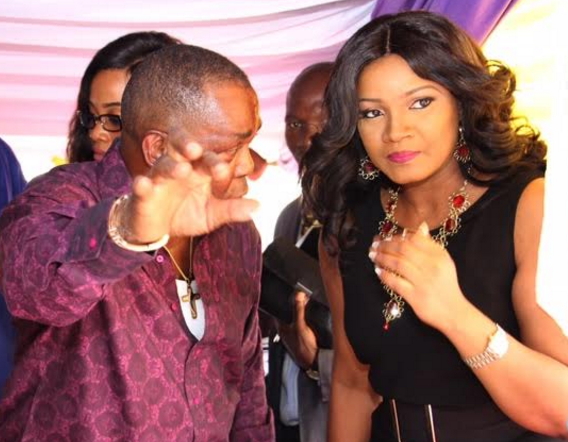 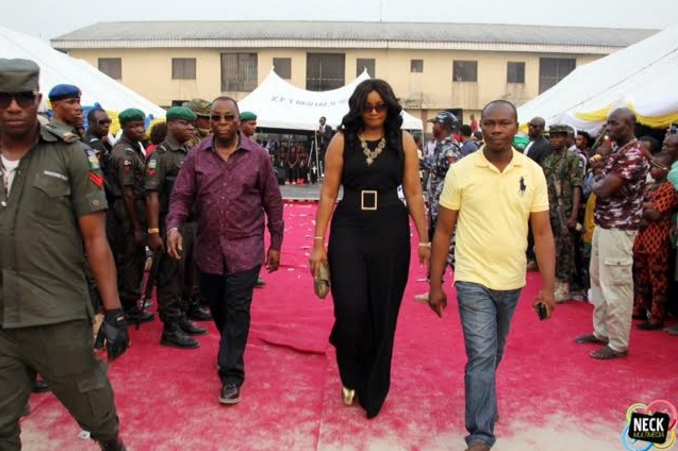 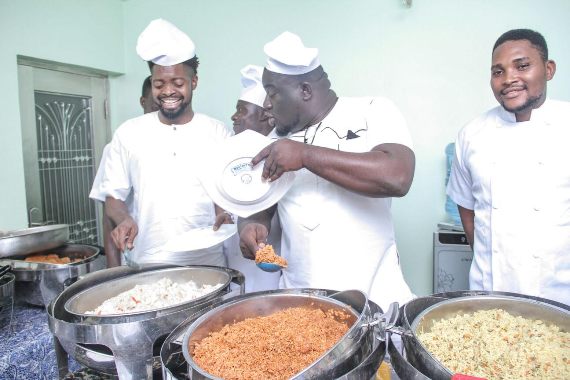 Basketmouth and Soberekon have sprayed plenty saliva on that food….Euuuuh.