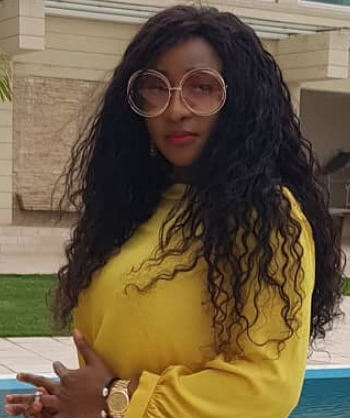 The beautiful actress who last featured in a movie she co-produced with Uche Jombo last year has become a very scarce face on screen.

Investigation revealed that the actress is taking her time now to set her relationship in order.

Since the man she is now dating is fully loaded, there is no need for her to stay on set 24/7.

Our source said the actress who was last invited to feature in a movie by a popular female filmmaker rejected the offer, citing that she has other projects.

In a similar manner, we learnt she rejected another role in a movie that ended up making close to 0.5 billion last year.

Our source said the actress has pass the stage where she depended on her acting income for a living.

“You see this lady Ini Edo is wealthier than Genevieve Nnaji, Chika Ike and Mercy Johnson combined. The man she is now dating is the boss of my friend, this man is swimming in money so there is nothing Ini Edo will gain by running around production set like her colleagues. Her level has changed now. She is not those common Nollywood “ashewos” running around with politicians.” – the source concluded

Now that Ini Edo has become “Iyawo Baba Olowo”, we should expect her to produce more movies.