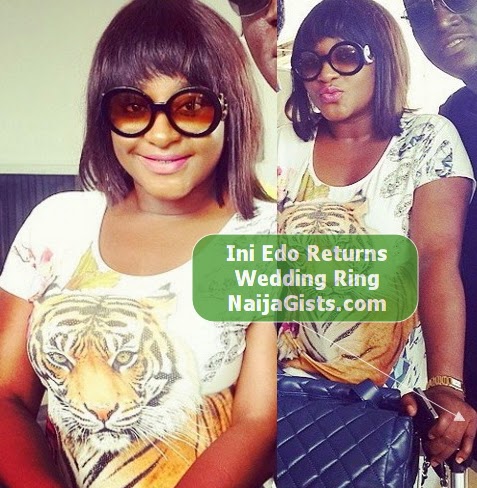 This came as a result of the way her hubby verbally abused her relations because of their marriage problem.

Reliable sources disclosed that Ini Edo’s US-based ex-hubby told her relations that the Nollywood superstar is an harlot before he ordered them to pay back her bride price.

The development angered Ini Edo who reportedly called her husband and gave him the insult of his life.

As we speak, Ini Edo has been taking her new man to movie set in order to let people know she is now in a stable relationship that could lead to marriage.

An unconfirmed source alleged that the actress is pregnant for her new lover.

She reportedly blamed her ex-hubby for her miscarriages and conception problem. 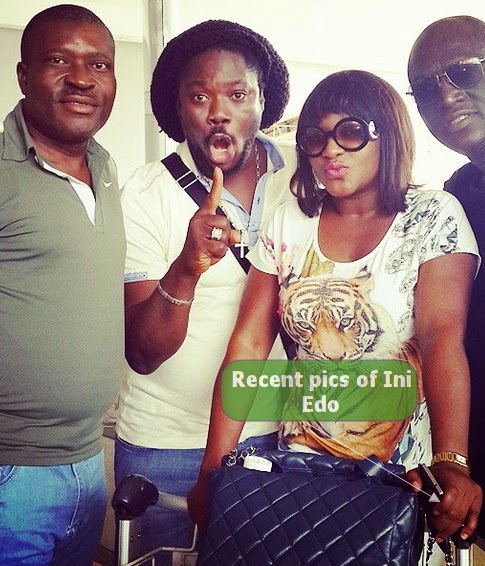 Pictured above is Kanayo O Kanayo, Daddy Showkey, Ini Edo and gospel singer Sammie Okposo at the domestic section of Lagos airport. Photo was taken on Sunday as the music stars arrived Lagos from Benin city.