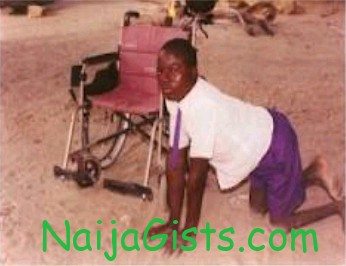 A handicapped lawyer, Mr. Chinedu Anaje was yesterday beaten up and thrown out of the office of the Chairman of a Presidential Committee on Trade Malpractices. Anaje, a Lagos-based legal practitioner was there to represent Hyundai Nigeria Limited on the invitation of the office of the Secretary to the Government of the Federation.

The Committee was looking into a petition brought by Primlacks Galvanizing Nigeria Limited against Hyundai Nigeria Ltd. Primlacks had alleged “forgery, betrayal of trust and other trade malpractices” against Hyundai. Mr. Anaje was invited to give his perspective on the allegation.

Saharareporters source said that trouble started when Anaje informed the committee chairman, Mallam Dahiru Ado-Kurawa that the matter under discussion was pending in a competent court of law, and as such it should not be deliberated upon pending court decision. Anaje’s counsel did not go well with the chairman of the committee. “They felt uncomfortable with that,” Mr. Anaje told Saharareporters. “The chairman asked me to leave his office. They wanted to kick me out and then detain my client of which they had no such powers.”

According to Anaje, before he could say jack, three lieutenants of the chairman pounced on him, pushed him down and dragged him out of the office. “One kicked me on the ass,” he said. “One had to hold me by the neck. They tore the button of my shirt. I was on the floor, and they were dragging me.”

Mr. Anaje sustained injuries on his bad leg. He said he would be going to an orthopedic hospital to see a doctor.

Speaking further to Saharareporters about his ordeal, Mr. Anaje said, “I’m actually taking legal action against them. It is uncalled for. It is the height of barbarism.”