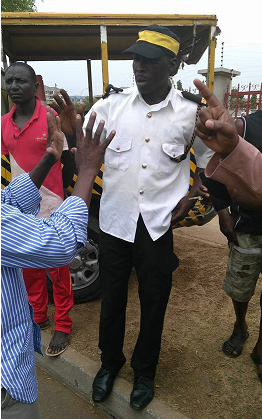 Check out what a Vehicle Inspection official did to an innocent man in Lagos today.

The man pictured here simply identified as Abu got two blows from the above VIO staff today while capturing the video of a road user fighting with another VIO official.

According to Mr Abu, the unidentified VIO official had attempted to seize his camera but when he refused, he gave him a blow on the mouth and another on the nose.

Abu is threatening to sue VIO for this brutal attack.

“I was trying to capture a video of a man fighting with a VIO staff and one of the VIO staff saw me from afar and crossed over to the other side where I was standing. He attempted to seize the phone and I refused, in the process of resisting him from dragging my phone. I got two blows on my mouth and nose. Then I started bleeding…
Not because am physically weak and can not fight but my profession does not permit me to so do.
Am taking recourse to the law and I hope to find justice, and most importantly, to deter them from further harassing innocent citizens.”

See his photos after the attack 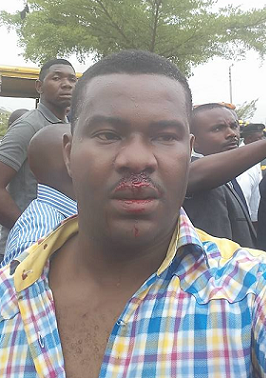 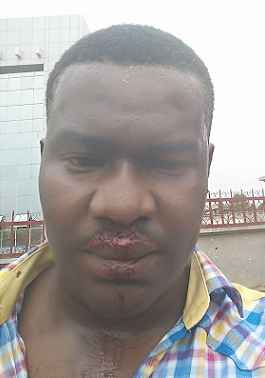 Here is another photo of his attacker 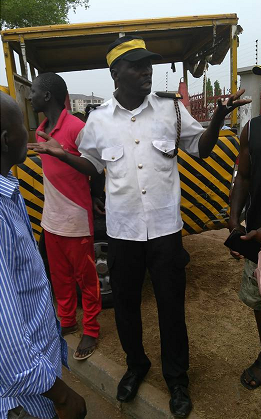 This man deserves a spot in Sambisa forest. #wickedness of the highest order.