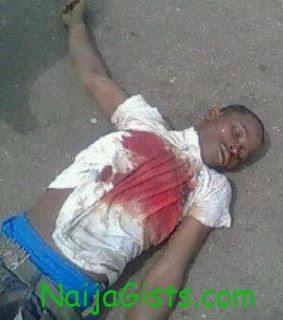 A youth protester by the name of Muyideen Mustafa (23 years old) was allegedly shot dead by the Nigerian Police Force during a pro-subsidy protest which took place yesterday in Ilorin. naijagists.com 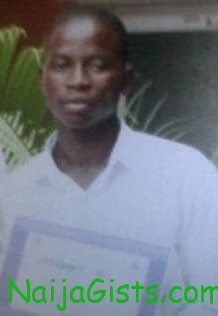 He was shot dead around the Post Office by armed policemen from the Area ‘A’ Division near UBA Ilorin.

Labaran Maku went on air to claim NO ONE DIED during Ilorin protest. When photographs came out they sent PAID AGENTS on Social Media to claim photograph of KILLED NIGERIAN was FAKE.

Now that it is confirmed a protester was indeed killed by policemen during Ilorin protest, Labaran Maku is claiming the protester was killed by a MOB. How do we TRUST GEJ when his government would want to erase the story of a man killed by his goons? – Kayode Ogundamisi

This level of injustice is very rampant in Nigeria today? This nation is gradually turning into a lawless country. No human right whatsoever!