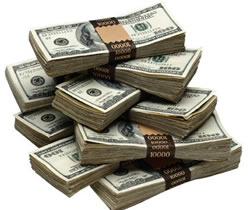 If you are planning to travel to Dubai please beware of buying fake US dollars in Nigeria.

According to an email NaijaGists.com received from sources in Dubai, 2 innocents Nigerian men were detained by Dubai customs officials for trying to exchange fake US dollars.

The two men with less than $1000 in total claim they exchanged Nigerian Naira for US dollars at the official money exchange boot at Murtala Mohammed International Airport.

On getting to Dubai, they tried to exchange the dollars to Dubai currency but they were told over 800 out of the total $1000 were fake.

They were held for several hours by Dubai customs officials before being released.

This is a lesson for those of you planning to travel outside of Nigeria.

Please be careful don’t buy US dollars anywhere except from the bank.

These bureau de exchange operators usually give out fake currencies to unsuspecting travellers at MMIA in Ikeja, Lagos.