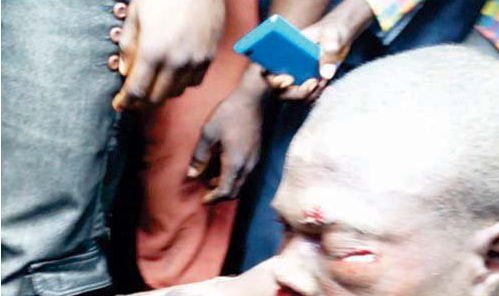 August 12, 2017 – How Innocent Motorcyclist Who Volunteered With OPC Members Was Killed At New Ritualists Den In Lagos

On Tuesday, the 8th of August 2017,  a motorcyclist identified as Awolu Hamed decided to re-energise himself with his favourite stimulant and shortly after the news of the uncovering of a den of ritual killers spread to his park, he decided to take a walk to the scene.

Anxious to ascertain the veracity of the story, he joined a search party consisting of soldiers and men of the Odua People’s Congress (OPC) to navigate the tunnel. But while the OPC men had white cloths tied to their arms, Awolu had none. Hence, he was turned back by the soldiers because he was not an OPC member.

Unfortunately for him, he decided to come out of the tunnel through another route only to walk into the waiting hands of irate mob at the end of one of the several exit points of the canal.

Pronto, the mob rushed furiously towards him and descended on him, making him an oblation for the sins of ritual killers. Before the news of his capture could get to his colleagues at their park in Meiran, Awolu and the other suspects had been dispatched to their graves.

”We could not believe it,” said one of his colleagues at the park, who identified himself simply as Mukaila.

”He was a gentleman, only about 26 years old. He would operate his motorbike and return home after the close of work in the evening. The only weakness he had was his indulgence in a stimulant called gum, which he took to re-energise himself. 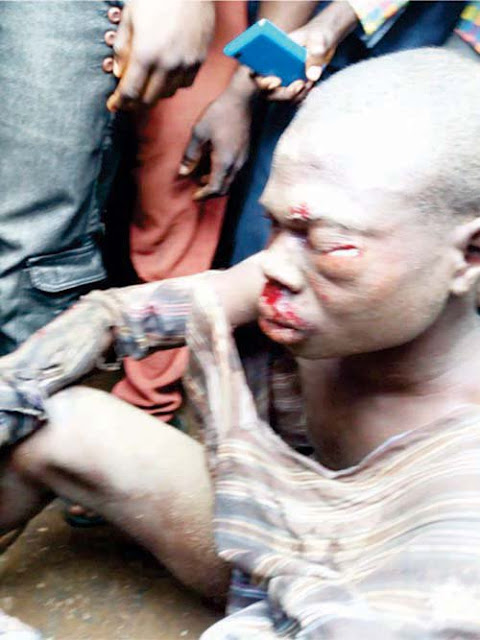 ”Once he took the stimulant, he would become weak, but much later, the substance would restore his energy. On Tuesday, he walked to the site of the suspected ritual killers’ den and entered the underground canal with others to search for the operators of the den suspected to be hiding there.

”But shortly after he entered the manhole with other security people, he was turned back by the soldiers that led the search party. Unfortunately, the irate mob that waited outside took him for one of the ritual killers. As soon as he got out of the tunnel through one of the several exit points, he was seized, stoned and burnt to death by the mob.

“By the time some of us arrived the scene, he was already burning and there was no way we could rescue him from the ravenous fire.”

A chieftain of the Okada Riders’ Association at the park, who asked not to be named, said the killing of Awolu by a mob, was the height of injustice, noting that he could have been saved by the police but for the unruly crowd that prevented law enforcement agents at the scene from rescuing him.

”The mob that killed Awolu committed a great injustice because they shouldn’t have taken the law into their hands. Their action is a sad commentary on the ability of the country’s law enforcement agencies to contain irate crowd.

”Awolu was a very neat person and his motorbike is always very neat too. He never had accident in the last three years that he operated in our park. It is sad that he was subjected to cruel death for an offence he did not commit.”

Continue Reading
You may also like...
Related Topics:innocent, lagos, motorcyclist