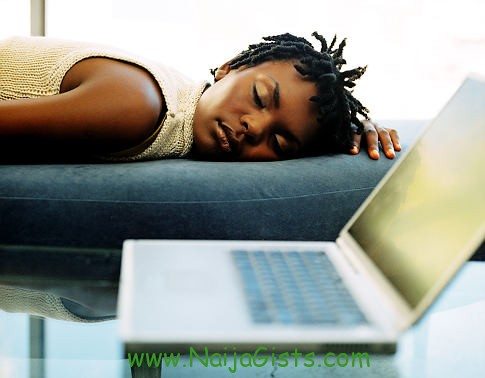 I’ve always been drawn to the part of the Bible which outlines the time for “everything” i.e. a season for every activity under the heavens:

In addition to all of these, I humbly suggest the “time to stop”.

While catching up with a girlfriend recently, I was told of a friend of hers who is going through a hard time dealing with some guy she’s in love with. Apparently, lady friend had enjoyed a great relationship with him until he decided that he had had enough of her. Now, forced-Romeo refuses to pick up her calls, does not reply bb messages, has stopped all visits to her, and he has refused to say and do the usually expected. All of these combined seem to me like a strong enough reason for her to severe what’s left of the relationship. This is the time for her to stop!

However, hopeful-Juliet still hangs on… hoping that there would be a change, that things would be different. She keeps calling him, and sending messages… all in the hope for a change of heart; not realizing that she was slowly turning into a stalker,and would only get even more hurt. At this point, she can’t sleep right, eat right, or even think straight. Her life stopped since Romeo turned into forced-Romeo!

When I heard all of the tales of woe, instead of feeling any form of sympathy for the concerned, I was pissed. Why do women put themselves through all of this drama? It is not a MUST that we must be loved by everyone we love. The moment he stops calling, texting, visiting as much as we do, he most likely doesn’t want it anymore. At this point, lets hands off and let go! Where this isn’t the case i.e. incase we misjudged the situation, he would be back.

Many say “oh Éjire, it is easier said than done”. I completely disagree. I myself used to be a mini-stalkeruntil I learnt some hard truths / lessons the hard way. Today, many accuse me of being robotic and hard hearted but that is so not true. I only fight to protect myself. I let my guard down once I am sure of whom I am dealing with, and when I am sure that we share mutual feelings for each other. As soon as he withdraws his love for me, I immediately align.

I don’t recommend nor do I condone whining and pinning for a resigned-Romeo, while making a complete fool of oneself for no just cause. This is simply a waste of time. In truth, WE ARE STRONGER THAN WE THINK AND WE CAN DO THIS! I made a decision to know when to stop and I have been faithful to this decision so far.

Once I realize that a man isn’t meeting me half way, no matter how great he is, I tell myself that he simply isn’t just for me. I make time to mourn the mismatch, and then I pick myself up, chic-up and move forward with renewed hope that my own – the one who would supersede all my expectations and one who would act right, one who would blow upmy phone with calls and messages, the one who would act the fool to prove his love just for me… would show up at the right time – someday, soon.

Single woman (and man), until actual-Romeo (or Juliet) shows up, much as you must keep all options open and put yourself out there, the moment he /she stops the love, you must stop also. In this instance, it must always be “tit for tat”– give only what you get. Resist being a nuisance. Stop hitting your head against a brick wall. Honour the time to S.T.O.P.

It’s that simple. (Article by Ejire)

One thought on “Inspiration For The Day: Honour The Time To S.T.O.P”