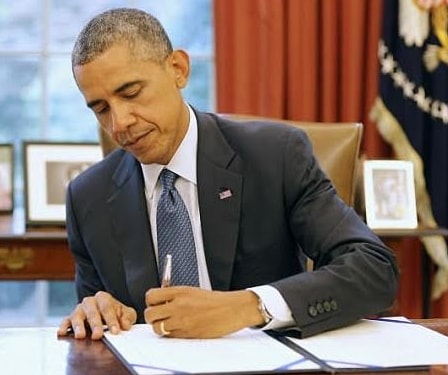 JUST BECAUSE I AM LEFT-HANDED DOESN’T MEAN I CAN’T DO THINGS RIGHT!

Jim Morrison once said, “The most loving parents and relatives commit murder with smiles on their faces. They force us to destroy the person we really are: a subtle kind of murder.”

When we refuse to accept others the way they’ve been wired, we kill them subtly by trying to turn them to something else! Trying to change a ‘lefty’ to a right-handed person is a form of ‘instalmental’ death. One of the greatest remaining mysteries of science is the brain. It has been scientifically proven that when a child is manipulated by parent, teachers, care givers or societal perception to swop from using left-hand to the right hand, it can affect the brain and can lead to clumsiness, low self-esteem, withdrawal issues and identity crisis! Being left-handed is indestructible, and we must help children to find, discover and express themselves instead of trying to change them. Prudence Kohl said, “The search for self-worth begins by finding what is indestructible inside, then letting it be.”

In Africa where the bias and prejudice is highly predominant, Chiwetel Ejiofor, Adesua Etomi,  Funke Akindele, Desmond Elliot, Babatunde Fashola, Segun Arinze, Teco Benson, Emeka Ike and Toolz are all left-handed and are making waves in the entertainment and political terrain.

We are living in a world that is by default and omission designed for right-handed people. The case is further worsened by cultural and traditional perspectives nourished by many years of unenlightened mindsets. From scissors, class desks, car steering, musical instruments, cutlery, golf sticks, games, game pads, mobile phones, keyboards, mouse, remote controls to door knobs, it has become so obvious that the world is right-handed biased. Even the design of ATM (Automated Teller Machine) and the calendar is right-handed. Just because some people are left-handed doesn’t mean they should be left-out!

Some traditions and cultures have long contributed to the perpetuating of the stigmatization of left handed people. The word ‘sinister’ comes from the Latin for left-handed! The German, Sanskrit, and Estonian words for “left” also mean “clumsy,” “wicked,” and “worse,” respectively. In Africa, there are many derogatory remarks for left-handed people. Being left-handed is not an anomaly; it is not a bad omen; it is simply being unique!

I come from a part of Africa where culture and tradition place a demeaning tag on the left-hand .In fact, left-handed people are seen as a mistake of nature! There is even a Nigerian proverb that says that: “it is a bastard (illegitimate child) that uses the left hand to describe the house of his father”! I grew up looking pitiably at how our culture and tradition continuously made left-handers look like scums. In fact, some people believe they were created on days when God wasn’t in the right mood! I remember vividly how out-of-the-world my colleagues in class felt when they have to restrain themselves to raise up their hands in classes simply because the teachers term it as a sign of disrespect! I watched pitiably how one of my friends was asked to stretch out her left hand and beaten continuously just because she was so accustomed to giving her notebook to the teacher with the left-hand. We were made to believe that there is something inherently wrong with using the left hand to perform sacred tasks. We were battered psychologically that the left hand is inferior.

There are many African traditions and cultures that believe that a left-handed wife is a bad omen and a vessel of misfortune to the family! In fact, an African culture believes that people that shake hands with their left don’t wish well for their acquaintances! There are even some people that see left-handedness as a form of disability or aberration. The social bullying and abuse must stop. They may have adjusted to the inherent flaws of living in a right-handed world but must they also be the object of our derision and abuse? When we tamper with the way people are designed and wired, we ultimately set them on the journey of identity crisis. Francois de La Rochefoucauld said, “We are so accustomed to disguise ourselves to others that in the end we become disguised to ourselves.”

One of the 17 Sustainable Development Goals (SDGs) is ‘Reduced Inequality’ which is actually Goal 10. I believe strongly that the United Nations must be a strong voice against this lowly perspective and perception of left-handers. Every organization and company can also take it further by designing products that are adaptable for left-handers- products like mouse, scissors, musical instruments, etc.

In one of my surveys and chats with left-handers, someone emphasized how he always look uninvited in conferences as the writing desks attached to conference chairs are always to the right-hand side. He joked on how he often accidentally drink someone else’s drink! An occurrence that has become a constant form of embarrassment to him. Most times, people who use their left hand, have been placed at the end of the table. This is because lefties would always knock elbows with any right handed individual they are sitting next to.

In an essay competition that I sponsored for some left-handed people tagged, “My hidden struggles as a left-hander”, I read them all with deep admiration as it became even clearer that there are hidden struggles that left-handers go through daily. Despite all these, they have come a long way to rise above them all. Some common ones include: Always getting stuck with a right-handed desk, bumping elbows at the dinner table (elbow wars!), handling car cup holders and gear, swiping credit cards, not being able to use can-openers, difficulty in using conventional scissors, difficulty in playing some musical instruments and games (like guitar and playing golf), measuring tapes and rulers tend to be upside down, discriminatory crosswords, having a spiral imprint on your hand after writing in a notebook, being considered demonic in many cultures, the hand smudges.

Some research has shown that left-handers are more creative and intelligent than their right-handed counterparts. Left-handed people are unique; they’re special, and there are plenty of positive things about them. Left-handed people mostly use the right side of the brain which controls creativity, imagination, intuition, insight, holistic thought and Art awareness.

I want to reach out to parents, guardians and teachers that to love someone is to give them the freedom to be themselves. The greatest platform you can ever give to others is to make them be themselves. You are abusing children when you force them to abandon the use of their left hand. The easiest way to help children get the best out of themselves is to make them fall in love with themselves. Ken Blanchard said, “People who feel good about themselves produce good results”. Parents and teachers should help left-handed children build their self-esteem by letting them know that they are awesome the way they are. We are to help children to become self-aware of their uniqueness because it is only people that are self-aware that will impact the world.  The legendary freedom fighter and the father of non-violent and peaceful demonstration, Mahatma Gandhi once said, “I cease to be useful when I cease to be myself.’’

Finally, to all left-handers all over the world, resist vehemently the attempt by the society or people to force or manipulate you to abandon the use of your left-hand. Rita Mae Brown said, “I think the reward for conformity is that everyone likes you except yourself”. Celebrate your uniqueness; the easiest way to destroy your uniqueness is not to celebrate it. Life is not about being who everyone else wants you to be, it’s about being yourself and finding someone who loves every bit of it. The privilege of a lifetime is being who you are; you are amazing, just the way you are! Frederick Douglass said, “I prefer to be true to myself, even at the hazard of incurring the ridicule of others, rather than to be false, and to incur my own abhorrence”. Your value doesn’t decrease based on someone’s inability to see your worth; stick to your peculiarity and uniqueness-it is your winning edge. The more you try to be like someone else, the less visible you become. Don’t ever wish you were someone else.  Kurt Cobain, a left-hander, once said, “Wanting to be someone else is a waste of who you are”. Be yourself, everyone else is already taken.

QUOTE OF THE WEEK: “To be beautiful means to be yourself. You don’t need to be accepted to others. You need to accept yourself”-Thich Nhat Hanh