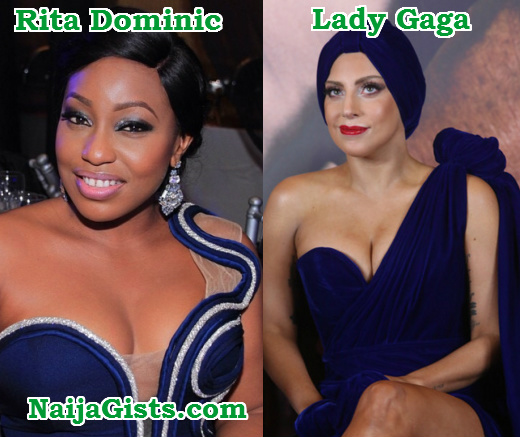 Unknown to many of us, Nollywood actress Rita Dominic is a big fan of Lady Gaga’s acting style.

She recently went on Twitter to commend the controversial singer on her performance in horror TV series American Horror Story: Hotel.

She even went further to say how she felt about her role in the TV series. 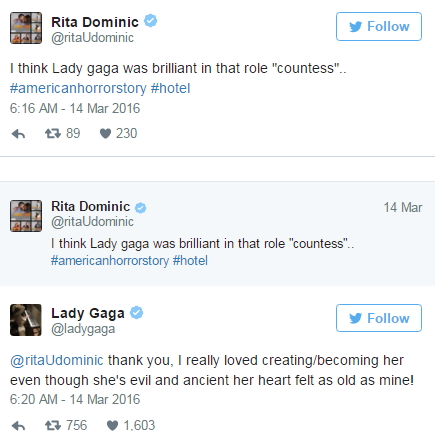 This is a good publicity move for our dear Rita Dominic who recently joined the list of Nigeria’s most followed celebrities on Instagram.