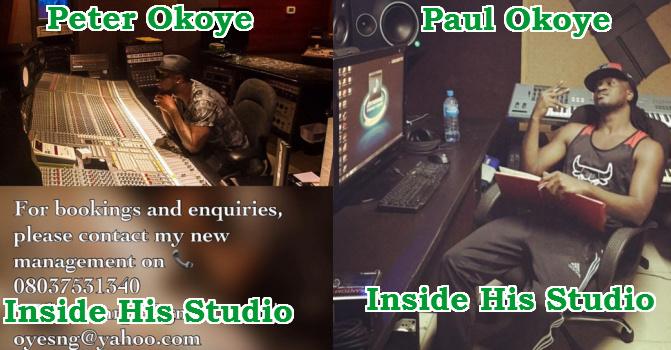 The report that was first published on NaijaGists.com is now official.

Peter and Paul Okoye has separated due to a family problem that is way beyond the two.

Though we thought it all started with the Okoyes deep hatred for Peter Okoye’s wife Lola Omotayo,  a source told NaijaGists.com at an event yesterday afternoon that jealousy was part of the reason Paul Okoye chose to stay solo.

This and many reasons caused the duo to split.

One can hear the emotion in his voice as he sings about how things would be different if their mother was still alive.

See how hatred, bitterness and jealousy destroyed one of world’s most popular singing duo.

So sad this is the end of PSquare.

Hope they will do something together in the future.