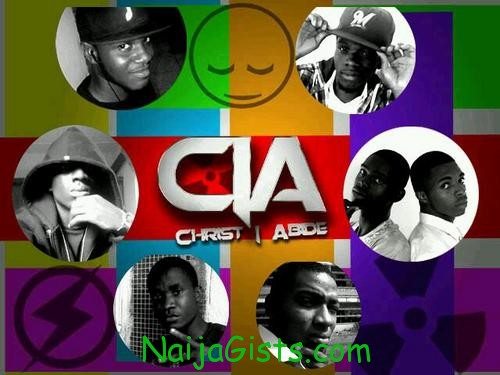 C.I.A (Christ I Abide) is a movement of 7 hip-hop artistes (DIKKY, PROPANE, NOLLY, KINSU, CEDAR, DEXTA, DABZ) who are out to affect lives positively through hiphop. Before they came together as a crew late last year (2011), they have been dropping singles individually and also doing hiphop cyphers with other hiphop artistes of like minds on campus (University of Nigeria, Nsukka) which has gained audience online, and has also been featured on a few sites and blogs.

Since they came together as a team to form C.I.A, this is the first joint they are dropping titled “TOUCH DOWN”. It features 6 out of the 7 in order execution; DEXTA, PROPANE, CEDAR, NOLLY, KINSU & DABZ. The joint was produced by CEDAR. They are simply trying to make a statement to the world that C.I.A is just touching down and they are ready for business, which definitely is to win souls for Christ.

For more info and updates on C.I.A as a team or the individual members, you can follow C.I.A on Twitter @CHRISTiABIDE