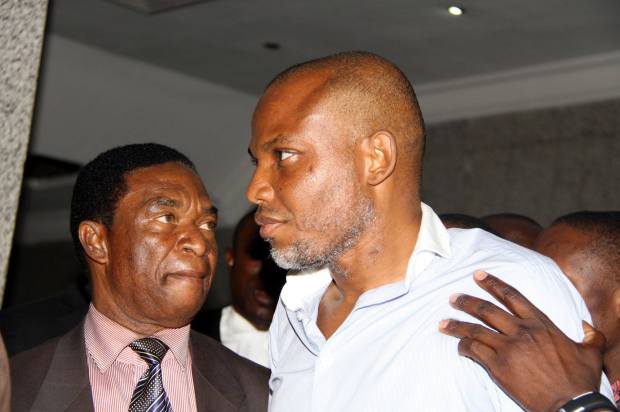 The owner of Radio Biafra and the self-acclaimed leader of IPOB (Indigenous People Of Biafra) has been subjected to a fresh 6-count treason charge filed by the DSS today in Abuja.

Few days ago, Justice Ahmed Mohammed ordered his release from DSS detention, an order that was not honoured.

While speaking at the court today, Mr Kanu said he knows nothing about the charges. He argued that he would rather remain in detention than to come to court again.

His angry and sick look brought tears to the eyes of his fans and close family members today as he was sent back to DSS detention.

Kanu was docked alongside two other Biafran activists today.

Check out his latest photos. 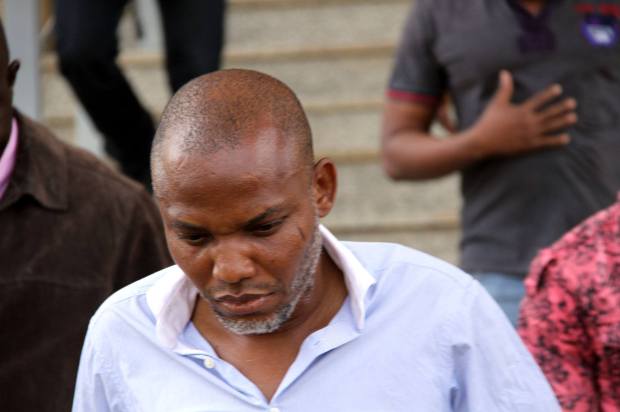 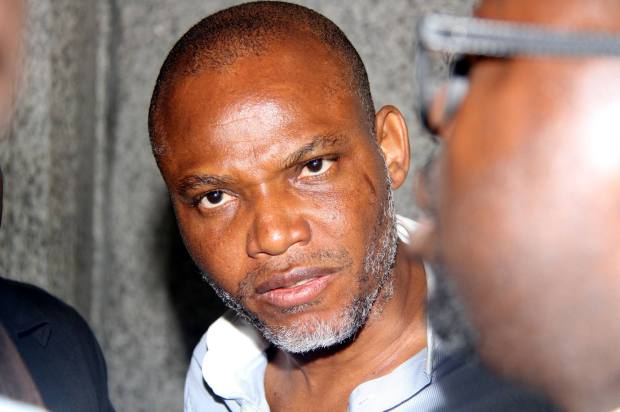 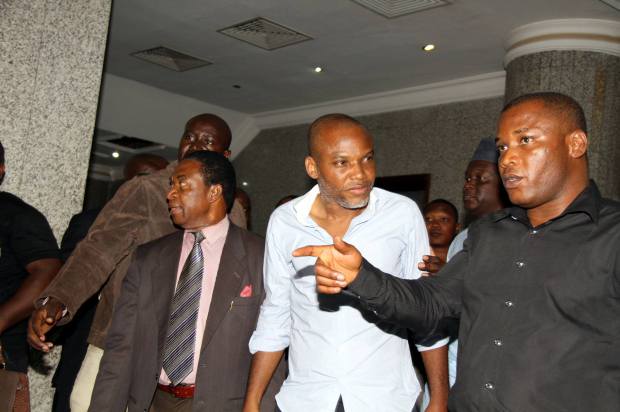 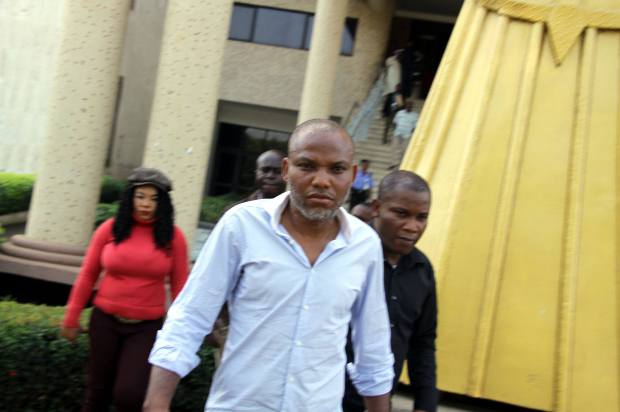 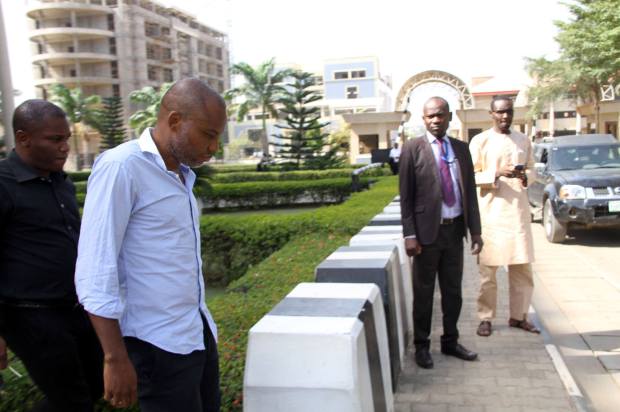 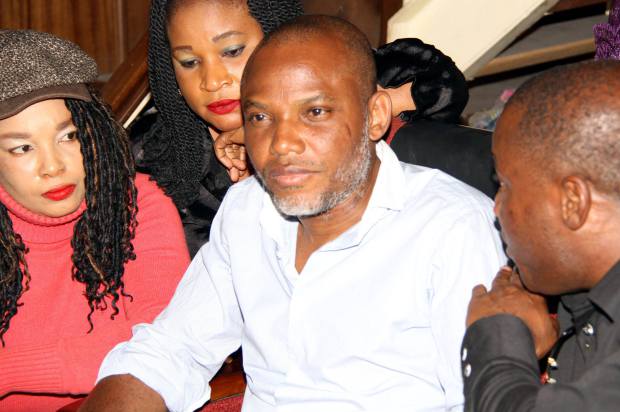 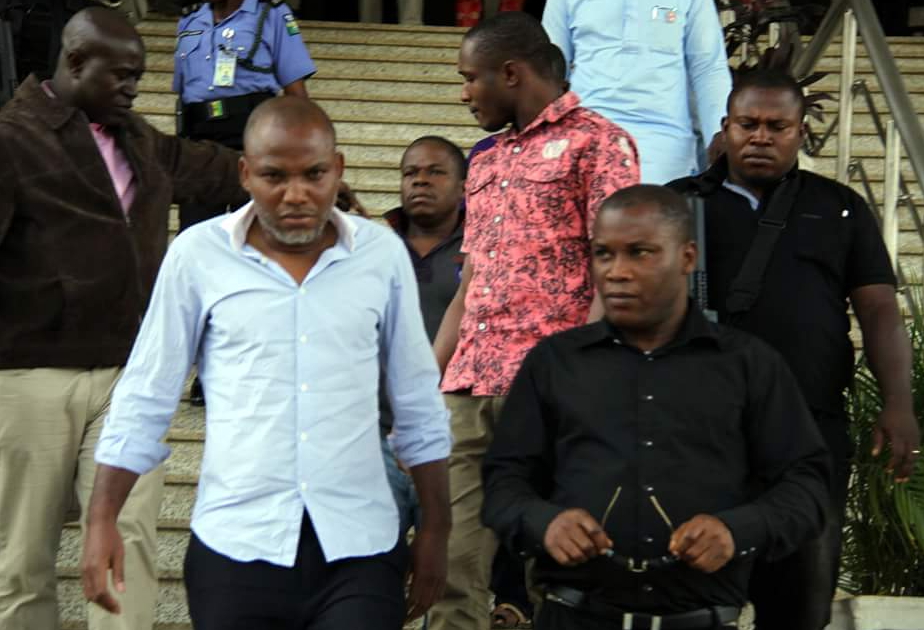