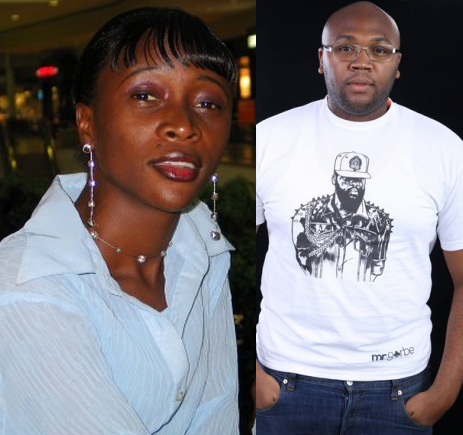 She recently called out Jason Njoku, the founder of Iroko TV for making money off producers sweat.

Hear what she said in this long piece first published on her site:

I think it’s amazing, the exposure this gives Nollywood. But, exposure can go both ways. If you look good naked, you can walk around a nude beach. If you have my kinda body, small small everywhere, cover up. Nollywood has been grinding for years! Years! It needs victories. Sadly though, so sorry to burst your bubble guys. Nollywood films on Netflix are a victory for one person only. iROKO TV. They got the films there. Yes, your films are on netflix, but is it showing up in your pocket? To be content that your film is on netlfix is so superficial. You need to benefit from your film being there – Financially.

Assuming the filmmakers are given some small change, by irokoTV for their films getting on Netflix, this would have been a major break. But they are not. The way the iroko deal works, they pay you an ok flat fee for a number of years. 5-15,000 dollars; no royalties. Therefore, if for the next 5 years they earn 100k on your film, they get to keep all that. All other African distributors use this model. Sadly, if you make a film on 500k, you still get paid same amount the person who made it for 20k gets paid. It’s a jungle out there. I have a film on Netflix.

I was paid a hefty sum for the license by the distributor upfront, plus a distribution deal, plus 50pct share of profits. No, not a nollywood distributor. An American one. If they release my film on any platform, or do a sub license to another platform, I’m happy, because, money will come. My rent is due. On the other hand, it would have been a victory for the filmmaker if the films were good enough to show the world. I’ve seen the selection and 90% of the films there are crap.

You get one chance to prove to the world that the African can handle his own affairs and this is what you show? I watched a film on iROKO TV called ‘Apaye’. Oh, I loved it! I loved it! It wasn’t part of the netflix selection. ‘Tango with me’ another very good one, was not there either. Whether you are an actor. A distributor or a producer, you are an ambassador of your enterprise to others.

If you have an opportunity to put Africa on a pedestal, use it wisely. Filmmakers. Now that you know iROKO will put your films on netflix, and you know you won’t see any money from the profits, at least, put up a good product, so someone else will see your work and give you a bigger opportunity. You can circumvent the system and self distribute your films.

That’s what I did for my African titles. I chop it up. No one has an exclusive deal. If you want to try this, do it. You can also use an aggregator called Distribber. I’ve never used them, so I cannot advise:https://www.distribber.com/ Now is is the time to start involving lawyers when you sell your films. A lawyer will ensure you get the best deal possible. Giving up your film for 10,000 dollars and having it locked up for 5 years is no life.

Out of desperation, filmmakers in Nollywood and Ghana are making sad deals. The industry is dying off. But if you involve the legal system, it stands a chance. yeah yeah yeah, lawyers are greedy etc. But there are good ones out there. Distributors in Ghana could come together and pay for a guild attorney who will handle their distribution deals, so can their counterparts in Nigeria.

That way, you get the best for your work. The distributors won’t be happy you got a lawyer, but, they have no content without your films. Take a stand….