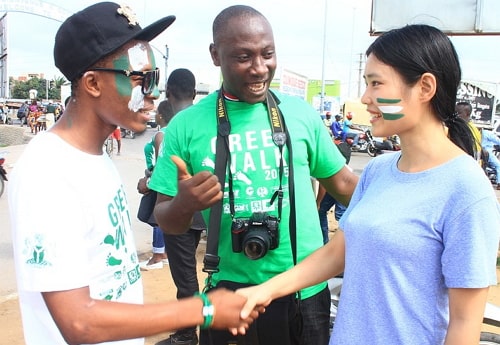 Is Nigeria Safe To Work? Here Is What Every Tourist Must Know About Living In Nigeria

A lot of crimes and violence occurs in several places in Nigeria everyday and hardly anything significant is done to curb such acts. It would therefore be misleading to say that Nigeria isn’t dangerous to foreigners. In truth, Nigeria is dangerous even to Nigerian citizens and not just foreigners alone.

Is Nigeria Dangerous For Tourists

Safety and security in Nigeria is sadly is just one of the areas which the Nigerian government has expressly failed. The law enforcement agencies and the Nigerian laws are present, but hardly functional. So as a foreigner, it is only fair to know the truth without any form of sugar coats, Nigeria IS dangerous to foreigners, some foreigners more than others, but dangerous all the same.

Can U.S Citizens Travel To Nigeria

Due to the current security situation in Nigeria, the United States government constantly issues warnings to its citizens to thread with caution when visiting Nigeria. Visiting the country holds quite a number of risks like kidnapping, robbery, theft and general civil unrest. This warning being issued by the U.S government is not without basis. Visiting Nigeria as a foreigner especially as a U.S or UK citizen indeed puts you at risk of the above stated.

This however does not mean U.S citizens cannot travel to Nigeria at all. Provided as a foreigner, you adhere to the necessary safety measures and avoid the listed heated and unsafe zones in Nigeria. These zones include: the Northern part of the country and parts of the South-South region of Nigeria. 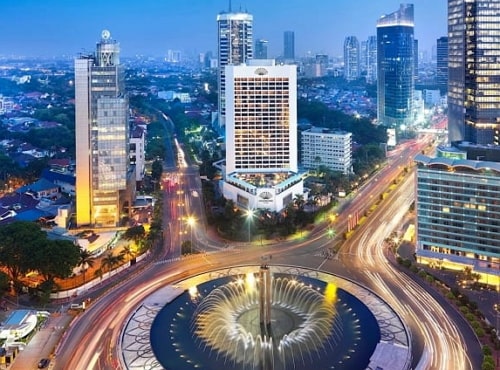 A large percentage of the North has been mapped out as unsafe and should therefore be avoided by foreigners, as safety cannot be explicitly guaranteed even for Nigerian citizens. The Northern part of Nigeria has always been unstable and prone to crisis, majority of which is religious and communal in nature.

These crises have only grown worse over the last decade. The unrest in the North is currently being termed as terrorism. The Nigerian government is yet to tame these regions of violence in the North.

There have been quite a lot of disturbing allegations laid on government officials. These allegations have often hinted that the unrest in the North is being sponsored by certain government officials. Therefore, citizens as well as foreigners are always advised to be cautious of movement in the North or avoid it all together because you are not assured of any form of safety.

Regions of the South-South in states like Calabar, Akwa-Ibom and Bayelsa and the likes, should also be avoided by foreigners. This is due to the high rate of kidnapping in those areas. The perpetrators of this act, target both citizens and foreigners. However, foreigners are considered particularly good targets for them especially U.S citizens.

If it is absolutely necessary for you as a U.S citizen to travel to these regions, extreme caution should be taken.

What Every Tourist Must Know About Living In Nigeria

Living in Nigeria or visiting as a tourist may pose some risks. But as long as important safety precautions are taken seriously, it is possible to live in Nigeria and be relatively safe. Precautions that should be taken with all seriousness are as follows.

At all times, tourists should ensure they carry proper means of identification and the necessary documentation. Do not walk around after dusk and also at or before dawn. Your day should start only when you see a good number of people up and about. As much as possible, don’t be too predictable in your movement. Change your routes frequently and your time of movement as well.

Be very conscious of your environment at all times. Being conscious to the point of paranoia may just help keep you safer, so it is okay to be more paranoid than usual; you’re in Nigeria after all. Under no circumstance should you deviate from safe zones which have been mapped out for tourists.

In the event of any form of attack or robbery be as cooperative as possible. Do not try to resist or play the hero, be as compliant as you can be, this ups your chances of getting out of such a situation alive.

Certain states and areas have been mapped out and declared to be high risk zones, know these areas, be mindful of these conflict areas and please stay far away from them.

These risky zones keep increasing frequently therefore; also make sure you stay up to date with this list of high risk zones. Follow the local reports diligently; it keeps you abreast of happenings within your location and Nigeria generally.

For long distance trips, it is preferable that these trips are made by air, as not only are the roads in a very poor condition, some roads are also not safe to travel through because they are frequent hijacking and robbery incidences.

Be mindful of the fact that there are quite a lot of fraudsters who will try to take advantage of foreigners and swindle them out of their hard earned finances and property. They come with very convincing and strangely believable stories and white elephant projects, be mindful of this fraudsters too. If anything looks too good to be true then it most likely is too good to be true.

In times of election and voting process or protests, peaceful or not, as a foreigner you should stay as far away as possible from these kinds of locations. Most often than not, unexplainable violence is recorded in such locations and lives may end up being lost

Above all make sure you always have a getaway plan should the need arise to immediately vacate the country or in general emergency situations.

Best States To Visit In Nigeria

Nigeria is grouped into regions there is the Northern region, the Middle-belt/North central region, South-Western region, the South-South region and the South-East region. These regions are further divided into states.

Sadly, citizens and foreigners alike, for safety reasons cannot move through just any state. The states to be avoided in Nigeria are mostly located in the North and the South-South regions. Northern states like Borno, Adamawa, and Yobe state are referred to as states with the highest risk and danger. But also states like Kaduna, Kano, Gombe and several other Northern states are known to have regular violent clashes and communal unrest. Therefore it is best you avoid the North in general.

South-South states would naturally have been the best states for tourists to visit as these states possess remarkable beauty and have a number of interesting and attractive sites. However, as a result of an increase in the level of kidnapping in most of these South-South states and the growing cases of violence in these regions, visiting them may hold some risks. The states include: Delta, Bayelsa, Cross-Rivers and Akwa Ibom. It is advisable to avoid these states for now, if you want to play things completely safe.

The question of the best states to visit in Nigeria is therefore not based on the locations which have the best tourist attractions, but on the places which are safe for tourists to visit. Other than the above listed risk prone states, other states in Nigeria can be visited. Lagos, Abuja, Port-Harcourt, Anambra are some of the states which have places of interest to tourists. When visiting these places even the zones which are considered safe, be sure to remain vigilant; do not take your safety for granted even in these areas.

Is Nigeria Safe To Work

As a foreigner coming to Nigeria for one form of work or the other will require quite a number of adjustments be made, most especially if you come from a ‘first world country’. The first adjustment to make will have to be an increase in security consciousness. Your work safety in Nigeria is largely dependent on a number of factors the top of which being, the exact location in which you are required to work.

Another important factor will be your nationality. At the risk of sounding racist, I dare say your race also determines how safe it will be for you to work in Nigeria. If you’re of the light skinned race then you tend to stand out and it is therefore quite obvious that you are a foreigner because, your skin color screams foreigner even before anyone has a chance to verbally interact with you.

But by and large, the most danger can be found in the North provided your job doesn’t require you being in the North and the regions of the South-South, then its relatively safe.

But in all these, foreigners should know and understand that working in Nigeria is generally a risk. Most countries have issued stern warning to their citizens to avoid Nigeria, except of course it is absolutely necessary to visit of live there; this warning should be taken into consideration.

How Safe Is Abuja Nigeria

Abuja is the capital of Nigeria and is the official seat of power. It also sits a lot of embassies of foreign nations and international organizations. It is located in the North Central part of the country, but despite it being located close to the turbulent North, Abuja is quite safe for foreigners. That a place is considered quite safe does not however mean caution should be thrown to the wind. Every so often, some minor conflicts and clashes of political, ethnic or religious nature may occur and this threatens security albeit temporarily.

It is best that foreigners, when visiting Nigeria, stay in close touch with their various embassies and make their respective embassies aware of any worries which may be had about safety and general issues of concern.

Continue Reading
You may also like...
Related Topics:is it safe to work in nigeria, is nigeria safe to work, travel safety tips nigeria