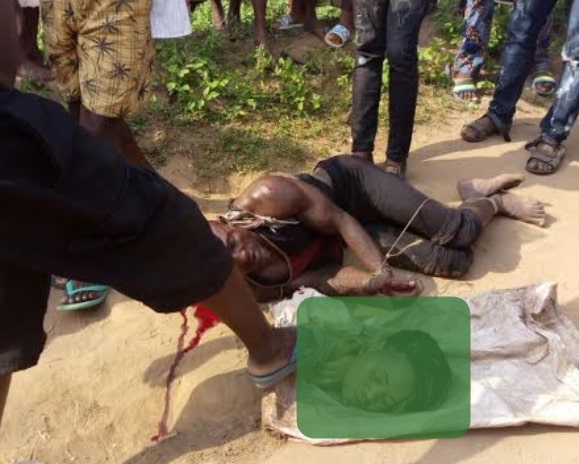 A Lagos High Court in Igbosere Tuesday admitted in evidence a video showing an Islamic cleric, Taofeek Adamu, confessing to beheading a member of his mosque for N4, 000.

Adamu, 61, of Masinowe Compound, Ikoga in Badagry, is facing a two-count charge of conspiracy and murder, preferred against him by the Lagos State Government.

She said the deceased went to seek spiritual help from the cleric, but “the defendant beheaded the deceased before chopping off her other parts for ritual purposes.

“He was apprehended when members of the community saw him carrying a sack soaked with blood.”

The alleged offences contravened sections 222 and 233 of the Criminal Law of Lagos State, 2015, the court heard.

At the last adjourned date on April 9, the prosecution sought to tender the video through the police as electronically generated evidence, but this was opposed by the defence counsel Mrs A. O Ajayi.

According to the prosecution, the video, found on the internet, showed Adamu confessing to the crime, during a press interview conducted by former Commissioner of Police in Lagos State, Fatai Owoseni.

The video was then copied by the police, transferred to a compact disc via a Hewlett Packard (HP) laptop on January 25, 2019.

But the defence prayed the court to reject the video, arguing among others that the document does not indicate the name of the officer that produced it.

Ajayi added: “The compact disc itself says interview conducted by the press. When it comes to computer generated documents, it tells you how it was produced. But in this case,… it also does not state the name of the officer, this is not permissible…”

In her response Fagbai argued that the paramount thing to consider is whether the actual document is relevant.

“The prosecution has complied, I urge you lordship, to discountenance the objection the defence raised, as this document we sought to tender is very important and the original is before the court, “Fagbai said.

In her ruling yesterday, Justice Akinkugbe upheld the prosecution’s argument.

She held that the electronically generated document complied with Section 84 of the Evidence Act and “is therefore admissible”.

Section 84 provides that a computer generated document shall be admissible as evidence of any fact stated in it of which direct oral evidence would be admissible and the period, in which the document was generated, the computer was operating properly.

The case continues on May 21.