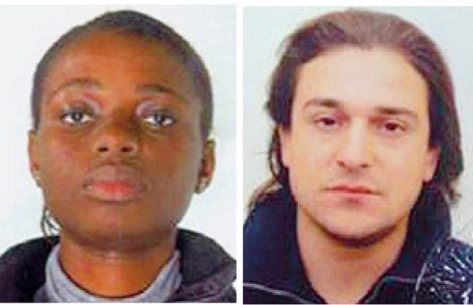 August 22, 2012 – Italian Arrested Over The Murder Of A Nigerian Woman

An Italian aspiring author, Daniele Ughetto Piampaschet has been arrested for the murder of a Nigerian prostitute, Anthonia Egbuna in Italy. naijagists.com

Anthonia Egbuna‘s body was discovered in river Po in Italy back in February after she was declared missing.

Daniele’s arrest was prompted after police found a 9-page story titled “The rose and the Lion” in Anthonia’s aparment in Turin, Italy the story which has a close similarities to her killing.

Anthonia Egbuna was stabbed to death. It took police months to identify her body and a visit was made to her apartment in July.

After the discovery of Daniele Ughetto’s short story, police said they discovered he had been in a relationship with late Egbuna,19 between February to August, 2011.

Police alleged he murdered her in November because their relationship toured sour since Anthonia refused to give up prostitution in what appeared to be a link to the short story.

“He loved her and he loved her more every day, but she did not want to leave the streets. All his efforts to convince her to change her life had failed. And for this reason she had become his torturer,” states an excerpt of the story quoted by police. (Reuters)