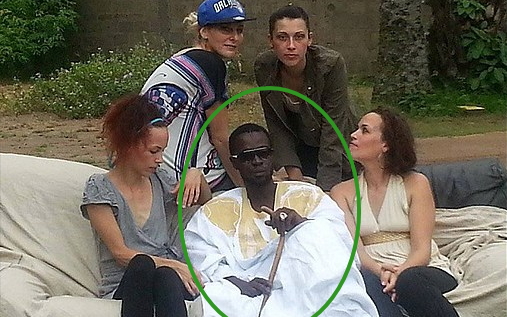 Meet Mr Mare Makhette popularly called Uyotto, the alleged womaniser who has several mistresses all across Senegal and Ivory coast. He made a name for himself when he showed off photo of his four wives on the social media few months ago.

Makhette who’s a devout Muslim converted all his four wives to Islam but broke an important Quranic rule that forbade a man from marrying two sisters at the same time.

Two of his wives are sisters and he married them on the same day.

There are indications that he died of HIV disease on the 19th of January 2017 and that two of his wives also tested positive for HIV.