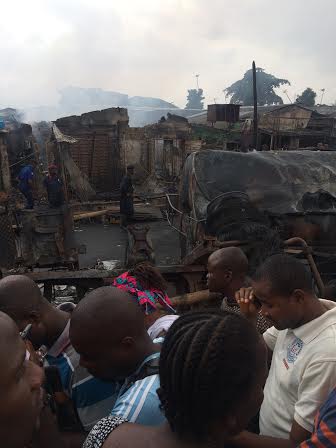 Shop owners in Iyana Ipaja area of Lagos are still mourning their losses after a fully loaded fuel tanker somersaulted and fell from Ipaja bridge around  2am on Tuesday morning.

Immediately the tanker fell, the smart driver quickly alerted those living in the area who fled the scene for their dear lives before returning in the morning.

Many market women were seen screaming and crying over lost of property worth close to N20 million naira.

Those in the habit of keeping money in their shops also lamented.

Newly elected Governor Ambode who visited the scene this morning promises to impose strict rule on fuel tankers in order to prevent such occurrence. 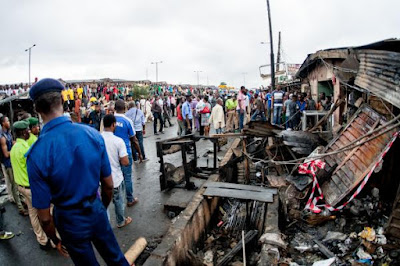 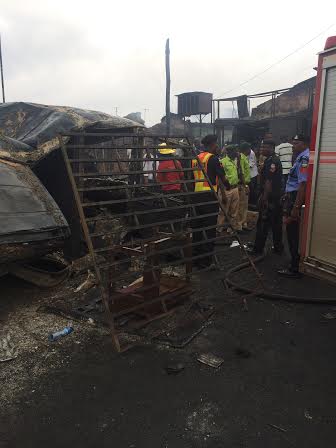 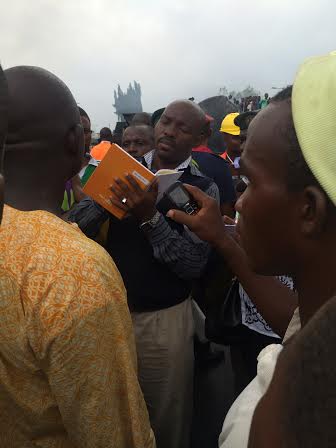 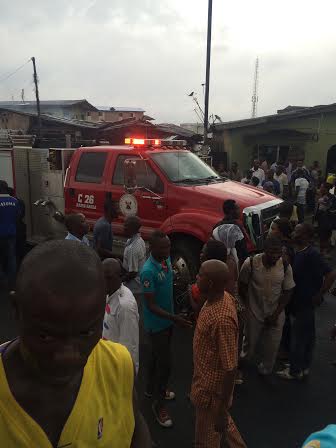 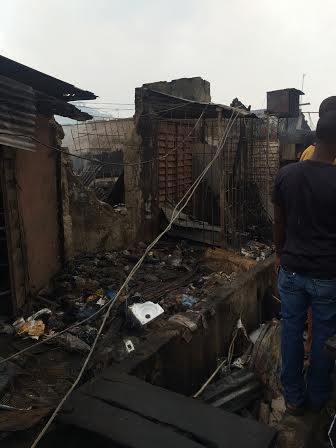 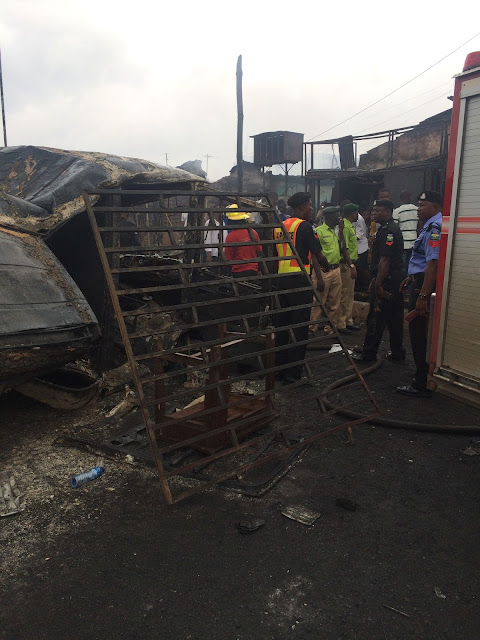 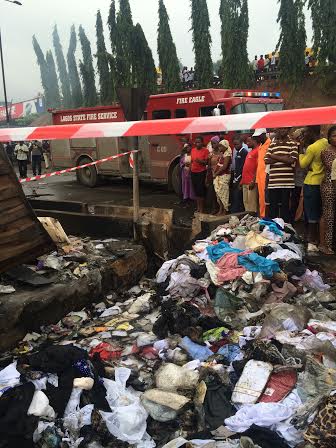 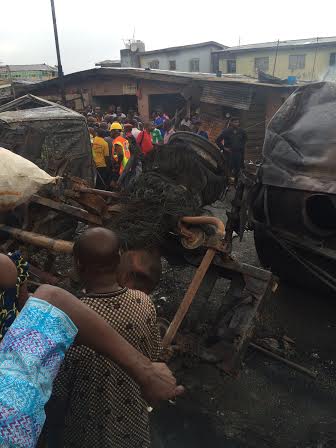 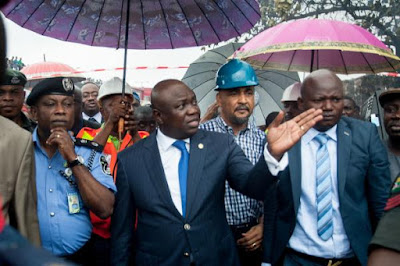 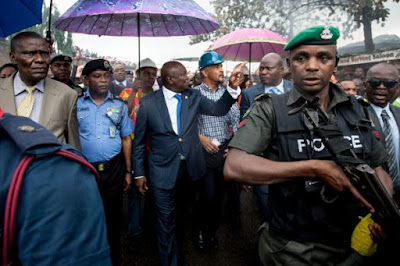 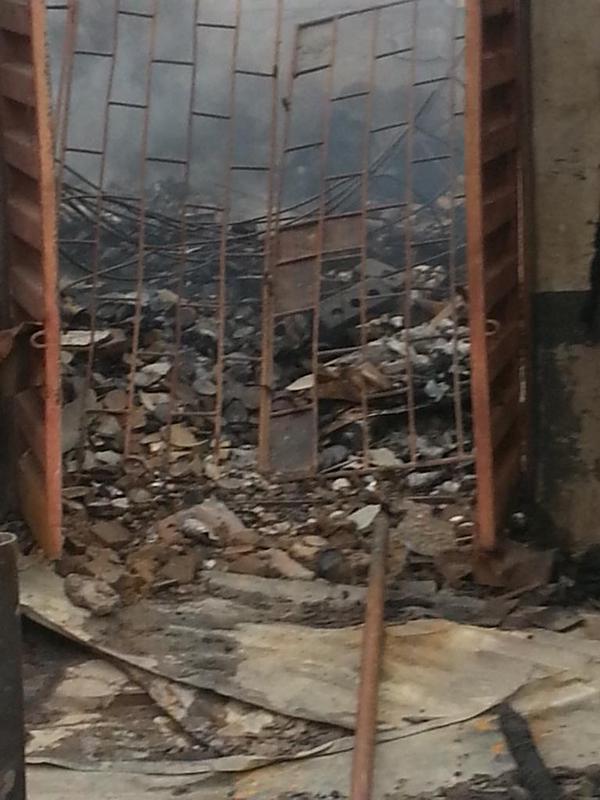 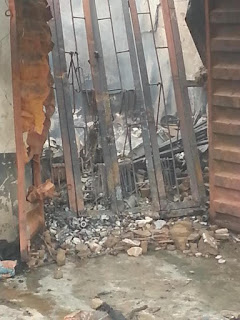 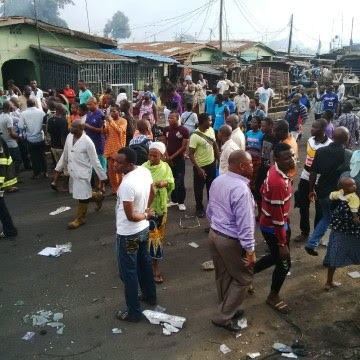 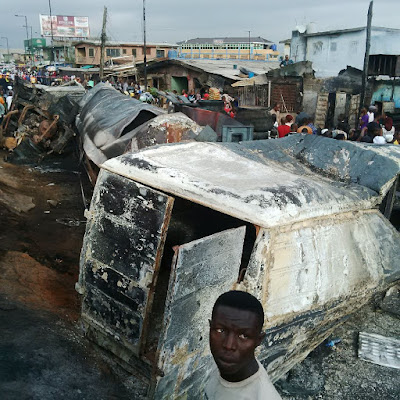 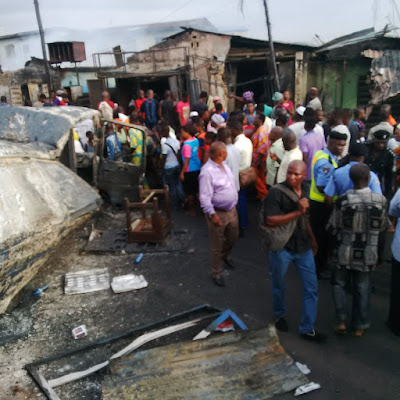 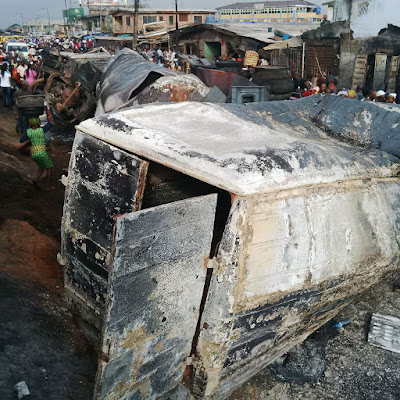 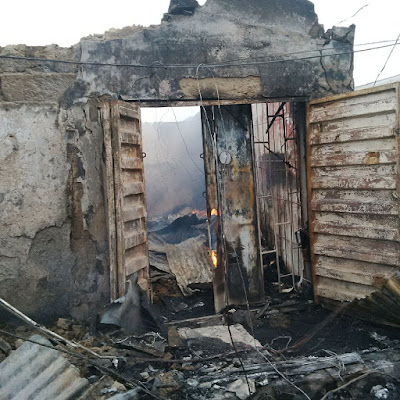