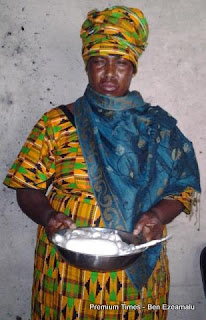 The two drug traffickers were caught with 2.635 kilograms of Cocaine while they were attempting to board a Qatar flight to China.

The Anambra-born women blamed husbands abandonment for the crime. 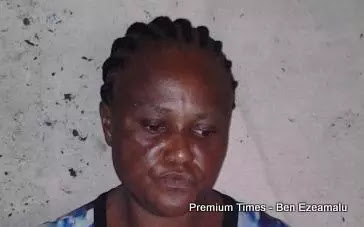 Read the suspects confession below

“I am married to a soldier but he abandoned me 10 years ago when he retired from the Army. I got married early because there was no money for me to further my studies after my primary education. My husband who is a retired soldier abandoned me 10 years ago.
“Since then my life has been sorrowful. I sell female clothes and shoes to take care of my children. I met a man at the market who promised to assist me in my business by making me an importer.
“This was how we began to talk on phone. He gives me recharge cards and money to sustain myself. It was the day I was to travel that he told me that I will take drugs to China. He took me to a hotel where I was given the drugs and $6,000 to buy my goods in China. I could only swallow 10 wraps, so I forced some in my vagina and packed others in my underwear.” – said Priscilla

“I sell female bags and shoes to sustain myself and my children. My husband left me in 2005 and since then I have been facing several challenges. I took loan to travel to China and in the process I incurred huge debt which compounded my problems.” – said Uzoma

The suspects are currently in NDLEA detention.