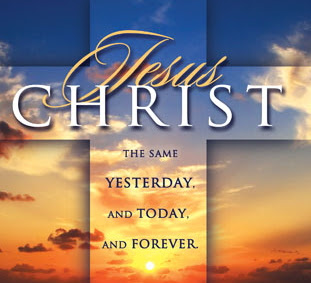 “The Spirit of the Lord is upon me, because He hath anointed me to…set at liberty them that are bruised…’ Luke 4:18

A little over two weeks ago I wrote a piece about my fascination with Jesus Christ, and immediately a barrage of feedback poured in from a number of readers, some of whom expressed their ‘shock’ and wondered ‘what happened that informed such a piece’ from me!

Even though I am surprised why anyone would be ‘shocked’, because I wrote such a piece, I took note of one of the feedbacks, in which the writer insisted I take my fascination a step further to adoration.

Well, I am using this opportunity to convey to my readers that I am much more than fascinated with Christ. I believe in him as The Word of the Living God, the Saviour of man and the only hope of humanity.

The reason for this belief is a subject for another day.

For now, suffice it to say however that, my fascination is not just inspired by the reason I stated in my previous article on the subject but also because of an equally well attested fact about Jesus; his miracles.

Although the greatest of all miracles is the miracle of salvation, during his 3 years earthly ministry, if there is one feature of his activities that repeatedly shone out as recorded, it was Jesus’ capacity to work what men call miracles.

History, archeology, ancient non-Christian literatures and every written records from all the sources known to man, have all thoroughly attested to the fact that Jesus was unrivalled in this ability in the history of the nabi and Hasid traditions before him and in the entire history of mankind.

Granted that great prophets like Moses, Elisha etc before him were all credited with some miracles through the power of God,   their works were nothing compared to the cases of paralysis, skin diseases, mental disorders, demon possessions, and even the resurrection of dead attributed to the miracle working power of Jesus Christ. And this was confirmed by countless of his contemporaries who were witnesses, historians of the time, and even his most viscous enemies.

Flavius Josephus for example, was a first century Romano-Jewish historians, who wrote the celebrated ‘Antiquities of the Jews’ and said about Jesus that ‘…he was a wise man…who performed astonishing feats and paradoxical deeds…’

Pliny the Younger was the Roman governor of Bithynia in Asia Minor who wrote in 112AD of how the Christians met in a ‘certain fixed day…sang to Christ…’ and were bound to doing good deeds like Christ.

In the artworks of early Christians, among the most common depictions of Jesus are paintings that show him healing crowd of people.

Now, in the gospel of Luke 7:20-22, we read about an episode where John the Baptist, then imprisoned, sent a message to Jesus asking if he was ‘the one who is to come or we should expect another’. Jesus’ reply was as classic, confirmatory of his mission as it was eternal. ‘Go back and tell John what you have seen and heard: the blind see again, the lame walk, lepers are cleansed, and the deaf hear, the dead are raised to life’.

From his own mouth, we see the strongest endorsement there is for Jesus as the one sent by God and the only antidote to mankind’s disease. We see in Jesus, the calmness and confidence only a true Spirit of God exudes.

Yet as it is expected of man, in his characteristically short sightedness, we have witnessed over time, many men cut across all walks of life, come forward to deny Jesus ability to save, his miraculous powers, his death and resurrection.

For example, while some communist Russian scholars declared Jesus never existed, Mathew Arnold, an English Poet declared that ‘miracles do not happen’. Despite that, men like the Anglican priest, Canon Anthony Harvey have also come forward to declare that the miracle stories in the gospels themselves “are unlike anything else in the ancient literature” of the times in which they were written, that rather than exaggerate their stories like the cultures of their day, the writers “told their stories straight” and simple.

Jesus admonished us to take his words with the simplicity of a child. In other words, we must follow him with faith. Now, if we suspend our incredulity-which I have done- for one minute and examine the good news about Christ, we will find that within the gospels are stories we cannot simply dismiss because of the sheer evidence that supports them.

For example, the gospel of John set the healing of a paralytic man in a historically identifiable place. At John 5:1-4, it say the man was healed ‘at the Sheep Pool in Jerusalem where there is a building called Bethsaida in Hebrew’.

Reading the extensive research work of professor Joachim Jeremias, the German theologian, one would find that, Jerusalem no doubt had the same building that Saint John described in his account, and this building is at the same location described by him, during Jesus’ day. The British prolific author of historical and religious subjects Ian Wilson explains that the earliest European Christian pilgrims to the holy land, over 400 years after this miracle, reported visiting a building ‘with 5 porticoes….called Bethsaida’ as described by in John.

Scholars and archeologist are also agreed that the church of Saint Anne in Jerusalem today is standing on the same spot that that building once stood. And there are countless examples like this one today.

The question is, if archeology is today identifying buildings and places where Jesus was reported to have performed life changing miracles, why are we still in doubt?

There are also some skeptics who, faced with the overwhelming evidence in favour of Jesus’ miracle working power, decided unilaterally that Jesus may have been a hypnotist, even though it has been acknowledged today that no one really knows what hypnosis is.

But trying to discredit or deny Jesus miracles and even his resurrection is not new. The Pharisees of his day accused him of using the power of Beelzebub, the prince of demons to perform miracles.

Jesus’ response to them is classic as it was then and it is now. “Can a demon drive out a demon? Can a house divided against itself stand?”

All over the world today, we find countless documentation of extra ordinary testimonies of people who have been touched by the finger of Jesus Christ. Can we honestly deny their testimonies? Can we reasonable convince a man who has evidently received a miracle from Jesus Christ that ‘miracles don’t exist?’ That “Jesus Christ is not the same yesterday, today and forever?”  I doubt.

Another fact we must consider is the total lack of the slightest evidence that Jesus in anyway derived personal gain, in whatever form, be it money or otherwise, from those countless people he brought hope, salvation and healing to. He even instructed his disciples that “you received without charge, give without charges”. As a matter of fact, the paralytic he healed at the Sheep Pool did not even know who healed him.

Finally, the most moving of all the evidence is this; if Jesus was a clever hypnotist as some claim, or performed his miracles with the power of Beelzebub like the Pharisees claim, or even if he was only a prophet like some absurd religions claim, would it not have been reasonable for him to have continued his trade happily to a ripe old age, while enjoying all the gains accruable from such, wealth, women, and power liked some so called prophets before or after him?

But the tortuous death he underwent at Calvary, at the hands of Roman at age 33 proved beyond doubt that his mission was far above what his detractors were peddling. That he came for mankind, to truly make us free from ourselves and the influence of evil.

No wonder he said ‘come unto me, all ye that labour and heavy laden and I will give you rest’.

That invitation is still open, the decision to take it and walk through that door-Jesus Christ- to God almighty, remains ours for the taking…

Albert Afeso Akanbi is a Novelist, Researcher, and Humanitarian. He lives in Abuja, FCT, Nigeria. 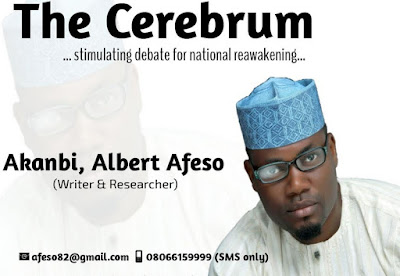