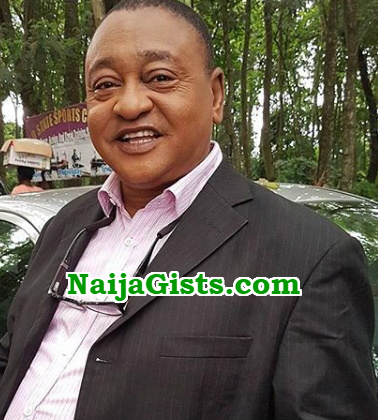 Veteran Nollywood actor Jide Kosoko has revealed why he may never go into politics like his colleagues.

In a recent interview with Gold Myne TV, the actor said;

“Initially, I wanted to venture into politics. But I am seriously married to my profession. I realised it doesn’t really want rivalry and politics will give this profession a good rivalry.

But I am still a member of a political party, APC, and I contribute my quota.

However, I have refused to seek public office through election. If I am given an opportunity to serve in one capacity, I will take it. But my industry, acting matters to me.”

“We have serious minded people coming up and we have been able to identify some of them.

All we need is to give them support and advise. Also, everyone cannot be in government; it is not right.

If you think you must be there before things work, then the country will still be in a problem or the other.

Give the good advise you have to those who are there. By that, you would have satisfied yourself that you have contributed positively to the country in a way.”