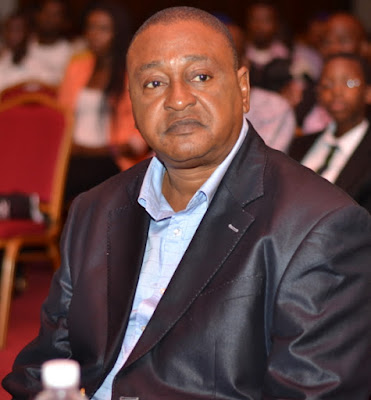 Nollywood actor Jide Kosoko has staged a come back with a new production entitled, The Draftsman.
The film, which was presented to the press at Durban Hotel, Omole, Lagos, over the weekend, features star actors like Mike Ezuruonye, Kalu Ikeagwu, Bimbo Akin­tola, Alhaji Nosiru Taiwo Bakare, and Jide Kosoko himself.

Written in English, the film is about a fisherman whose son drowned in a river while fishing with him in an attempt to retrieve a box. After the boy’s death, it was discovered that the box contains a large sum of money. With the money, the fisherman becomes rich and moves to the town where he establishes a flourishing business. Unknown to him, his late son had impregnated a lady in the village before his death and by design he meets his grand­son. The meeting marks the begining of his problem.

Speaking about the film, Kosoko, who turned 62 on January 29, 2016, said that it is an attempt to stay on top of the game and contribute to the growth of film production, which has recorded some problems of late

“I will celebrate my 52 years of act­ing with the presentation to the public in April my book, The Lamentation of a Warrior – A chronicle of Prince Jide Kosoko’s Experiences.”