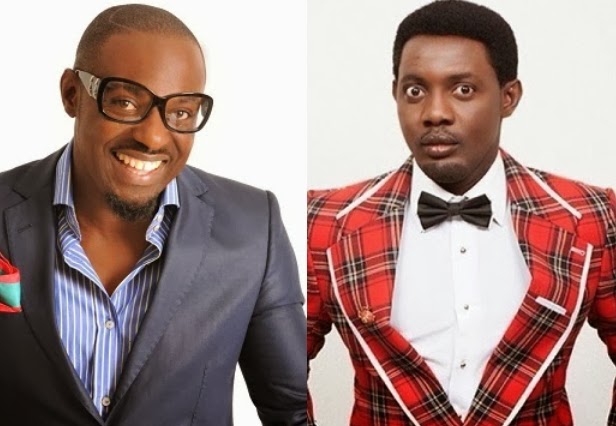 Last week, the comedian released a promo video of his upcoming Easter show where he made reference to Jim Iyke’s controversial deliverance at TB Joshua’s church.

The move got the Unscripted reality TV show upset. He took to his Twitter page to blast AY calling him a classless peo.

The actor and the comedian have reunited on Twitter.

Jim Iyke in turn has apologized for taking the joke too seriously.

What a happy ending!