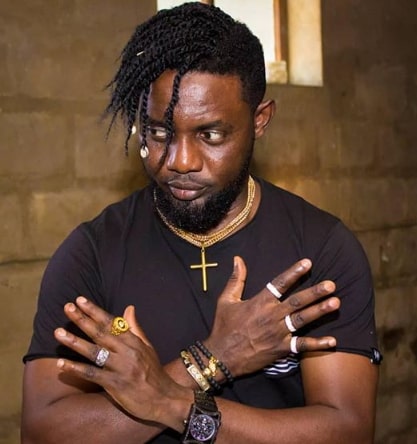 Nollywood produces thousands of movies per year, with most of these movies yielding very low returns. However, in the midst of these low-yielding movies, there are few movies, which comfortably rank above the 100 million Naira, high-gross, mark. And these movies make up our list of top 10 highest grossing movies in Nollywood.

Nollywood stands out as the largest movie industry in the world, in terms of production rate. However, it is ranked third on the money and prominence scales. This inconsistency is largely due to the huge disparity between the top-quality (high grossing) movies and the relatively low-quality (low grossing) ones, which, by a long stretch, dominate Nollywood.

In the next section of this article, we’ll be bringing you a comprehensive review of the top 10 highest grossing movies in Nollywood. Read on!

Note: These movies have been ranked (from lowest to highest) based on generated revenue from online streaming, DVD/CD sales and cinema views among others.

The movie was produced and directed by Mo Abudu and Bandele Biyi respectively. It was released to cinemas across the country on December 18, 2015. Notable mentions on the movie’s cast include Omoni Oboli, Ireti Doyle, Dakore Akande, Nse Ikpe-Etim and Wale Ojo among others.

Fifty, which is being distributed by FilmOne, illustrates the rigours and challenges of four career women. The movie is filled with thrills, twists and turns, as the four friends seek to balance up their professional lives with their respective family lives, while also trudging through the rigorous life of Lagos.

If you are yet to see this Nollywood classic, make sure you do so today.

Next up is 30 Days in Atlanta! This movie is filled with exciting scenes, comedy and thrilling encounters. Produced and released four years ago in 2014, the movie has, so far, grossed about 138 million Naira (approx.) on Nollywood’s box office – revenue chart.

30 Days in Atlanta was shot in Nigeria (Lagos) and the US (Atlanta). This movie is definitely one you would want to check out, if you are yet to do so.

10 Days in Sun City is another ingenious production of AY Makun. The movie was released on June 17, 2017. And since then, it has generated close to 177 million Naira (approx.) in revenue.

10 Days in Atlanta tells the story of a beauty queen (Adesua Etomi), whose stardom came at the expense of her peace and personal joy. The movie took several twists and turn, and the exciting storyline was well presented in top quality video, under the directorship of Adze Ugha.

This is another thriller from Ayo Makun! A Trip to Jamaica was released on September 25, 2016, and it went on to displace 30 Days in Atlanta as the highest grossing movie, after the latter’s year long dominance. However, the movie’s top status lasted for only few months, as it was displaced by The Wedding Party later in 2016. A Trip to Jamaica has, so far, grossed about 180 million Naira (approx.) in revenue.

The movie tells the story of a newly wedded couple, Bola (Funke Akindele) and Akpos (AY Makun). It details the thrills and travails that trailed their wedding and honeymoon overseas.

The movie has on cast the best of the best in the Nigerian entertainment scene. The four main characters in the movie include AY Makun (as Ayo), Folarin Falana (as Remi Martins), Jim Iyke (as Naz) and Ramsey Nouah. Others include RMD, Ireti Doyle, Lilian Esoro, Damilola Adegbite, Jide Kosoko and many more.

Merry Men: The Real Yoruba Demons illustrates the life of four Abuja big boys; their lavish lifestyle and eventual travail at the hands of a corrupt politician. The movie is filled with all the glamour, style, thrills and comic, which make it an ideal choice for all classes of viewers.

King of Boys is a thought-provoking political thriller, which was written, directed and co-produced by ace Nigerian director, Kemi Adetiba. The movie was released on October 20, 2018, and it has, so far, grossed in excess of 231 million Naira.

King of Boys features some of the most prominent actresses and actors in Nollywood. Some of these movie stars include Sola Sobowale (as Alhaja Salami), the lead character; Adesua Etomi, as Kemi Salami; Jide Kosoko (Alhaji Salami); Reminisce, as Makanaki; and many more.

The movie’s plot centers around the personal life and political ambition of Alhaja Salami (Sola Sobowale), and her eventual conundrum on who to trust, which transformed her from a soft-hearted woman to a ruthless one.

King of Boys is a movie to see, if you have not seen it.

Chief Daddy was, domestically, the highest grossing Nollywood movie in 2018. It, however, ranks a modest 4th on our all time revenue chart. The comedy movie, which was produced and directed by Mo Abudu and Niyi Akinmolayan respectively, has a current domestic gross of 386 million Naira (approx.).

The movie tells the story of a billionaire, who lived a flamboyant lifestyle, while also serving as the ultimate source of livelihood to a host of characters, including family members, employees and mistresses. Chief Daddy emphasized on the turn of events when this flamboyant billionaire met his unfortunate demise.

The Wedding Party was a relatively unconventional Nollywood movie, as its storyline and movie quality are miles ahead of Nollywood standard. The movie was directed by ace director, Kemi Adetiba, with a budget of 60 million Naira. So far, the movie has grossed more than 750% of the initial production budget, with a current domestic gross of 453 million (approx.).

The Wedding Party features the likes of Adesua Etomi-Wellington, and her husband, Bankole Wellington (Banky W), as the lead actress and lead actor respectively. Other notable names on cast include Sola Sobowale, Ali Baba, RMD, Daniella Down, Zainab Balogun, Beverly Naya, AY Makun and Ikechukwu among others

The movie is an all-rounder, with a perfect blend of romance, comedy and drama. Its storyline focused on the love life and controversies that preceded the wedding of Dunni Coker (Adesua Etomi-Wellington) and Dozie Onwuka (Banky W).

The movie has a similar cast as the first part, albeit with a tweaked storyline. This time around, the lead characters are Dunni’s friend Deadre Winston (Daniella Down) and Nonso (Enyinna Nwigwe).

With a production budget of 300 million, and domestic gross of 500 million, The Wedding Party 2 comfortably stands head and shoulders above other Nollywood movies.

This movie is probably not even on the list of top 10 highest grossing Nollywood movies, by domestic ranking. However, in terms of overall generated revenue, it is the highest ranking movie in Nollywood. In fact, it is the first and only Nollywood movie to hit the billion Naira mark, after the $3,000,000+ (over 1 billion Naira) acquisition by Netflix.

Lionheart was co-produced, written and directed by Nollywood diva, Genevieve Nnaji. The movie has on cast the likes of Genevieve Nnaji (the lead character), Nkem Owoh, Kanayo O. Kanayo, Pete Edochie, Peter Okoye (Mr. P) and Onyeka Onwenu among others.

Lionheart illustrates the life of a young promising lady, Adaeze (Genevieve Nnaji), who was tasked with the responsibility of saving her dad’s company from collapse, while also striving to repay the huge debt owed by the company.

The movie is the first of its kind in Nollywood, with its distribution being handled by US-based movie distribution/streaming giant, Netflix.

From this article, it can be observed that popular comedian, AY Makun, who recently ventured into movie production, has four movies out of the ten outlined (high grossing) movies. Hence, it is not far-fetched to tagged AY Makun the richest producer in Nollywood today.

Disclaimer: The ranking herein is not a mirrored version of box office’s ranking.