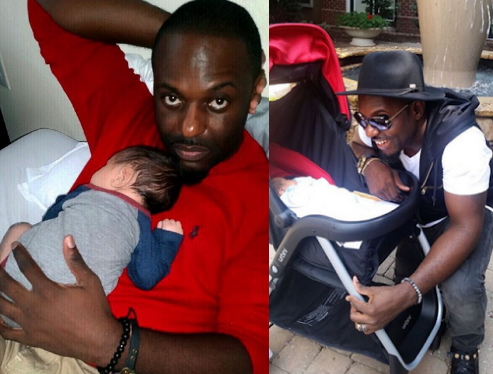 Jim Iyke had a heart to heart conversation with The Sun over the weekend about  his career, late mother and other issues of importance.

See excerpts of the interesting interview below

What Have You Been Up To?

Basically, I came to the point in life where I needed to take down a complete assessment of my life and understand where I am going to next. I just had my son, I was at that point where I had to be either there for him or continue on the path that I was going. I was now at a whole different point in my life when I had this little human that is dependent on me 100 per cent. It was quite difficult for me too but like they say, it takes a birth or death to completely change someone. Moreover, both event occurred in my life within the same time. When I lost my mum, I didn’t really have a direction in my life at that point.

What happened to her?

She was ill, she had stroke, it was a long term illness, and we went from one specialist to the other. From London to India, to some of the best here, a couple of pastors here and there, at the end of the day I think God wanted our mother more than we did.

How old was she?

Our own bond was very special. My dad is the typical loving African Igbo dad. For him it was about acquiring all the degrees, get your doctorate and so on. But my mum was in a different light, she understood the specifics of how I thought things through and knew that the life in entertainment and business were perhaps what I was made for. She supported me at every turn. I come from a very peculiar family, I have six sisters and I’m an only son, so you know what mothers and their sons are like.

Did she spoil you?

My mum didn’t spoil me. My dad was more of the cool parent, we all chilled out with him and we all expressed ourselves with dad. When I was much younger, I couldn’t find that stand in my mum. My siblings and I saw my mum as a disciplinarian. The hard headed one, the one that would institute law and enforce it. But she mellowed down as we got older, we came to understand each other more, she assumed the role of a comforter, a friend and a mother.

It’s amazing, probably like the second biggest achievement of my life. Like I said, to have someone 100 per cent dependent on you is something that probably causes everything that you believe in as a person, every projection you’ve had in life, every circle that you have travelled, it defeats everything that’s beyond biology, sociology, spirituality, physicality as well, you would have to completely sacrifice. For that person you literally shut life down, I did that for a year for him.

Did your mum see him?

No, that is my greatest regret of course. Funny enough she had passed and few months later, Diana told me she was pregnant. That’s why I guided it jealousy, I still do, and nobody has my son’s picture anywhere. I still intend to keep it that way because I feel my son’s birth saved me. In the sense that I didn’t have anything emotionally to give to anyone, that is why I had series of relationships in and out at that time, of course, we all knew from Ghana to New York. I didn’t really have anything. I was just floating through my life emotionally and psychologically. It’s for that reason, you can’t take even what you can’t give, so I’ve always been extremely lucky with love but at that point in my life giving it back was sort of hard for me. So when he came, he rejuvenated me. It was work then, I was consulting for a number of companies and taking on two extremely busy business mentors. I had already decided to leave the stage completely and focus on life or business which is practically what I was trained for.

Are you married now?

Well even if I were I would rather not talk about it. I would like to keep people guessing. I could be married; I may not be married, who knows?

When are you coming back to movie?

I want to explore other platforms, I have been doing that and business has been good to me. From real estate, to strategic management of many businesses. I have been involved in fashion to travel, it’s been an amazing life. Juxtapose that with my passion, it would be unfair because acting is my first love while entertainment in this country truthfully is so lucrative that it pays your bills and probably affords you an extremely comfortable lifestyle. I’m in the phase of sowing on diverse platforms to insure my next generation a comfortable place under the sun.

Were you a very troublesome kid?

I was very much alone; I was that kind of person that was constantly into TV and books. Don’t forget I had eight women at home and the original topic of the day, every day were handbags, boyfriends, their husbands and all that, I couldn’t continue with that lifestyle.

What about you and your mum as a teenager, were you always at loggerheads?

No, I left home really early and my teenage was spent already in university so I was away a lot and she was an incredible mother. My mum did not really spoil anyone as a matter of fact, she spoilt my last sister more than she ever spoilt me. I think she understood the challenges I was going to meet in life, taking care of my siblings and just being the man of the house, so she knew there was no room for weakness.

What did she tell you about girls?