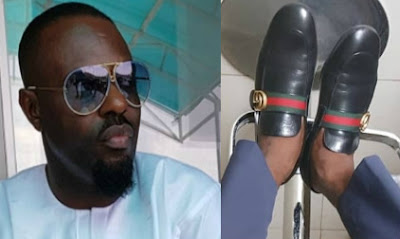 Nollywood actor, Jim Iyke today slammed some fans who tried to make him feel less. He had shared a photo on Instagram expecting to draw impressive comments but that turned awry as he got insulted by some fans, and he wasn’t quiet at all because he gave them more than what they can handle.

Some of his fans growing tired of his bachelorhood tried to upset him into getting a wife as soon as possible.
The first user had told him “Go and marry naw, with all Dis swag, go marry joor,”.

Jim Iyke was angry on this one and he replied thus;

“Take away the stumpy footballer legs, the double chin, the beer belly, the humongous chimp head, the beady eyes, cheap clothes, the poisonous attitude, broke pockets, non-existent neck, body odor, 34IQ, Dragon breath, constant depression and zero prospects just maybe I might make a move for you and get it over with as my 2nd wife then keh myself next week”.

Some fans seemed to go after one another while they tried to question the originality of the designer shoe. The fan said

And Jim Iyke also gave an acerbic response to the salvo;