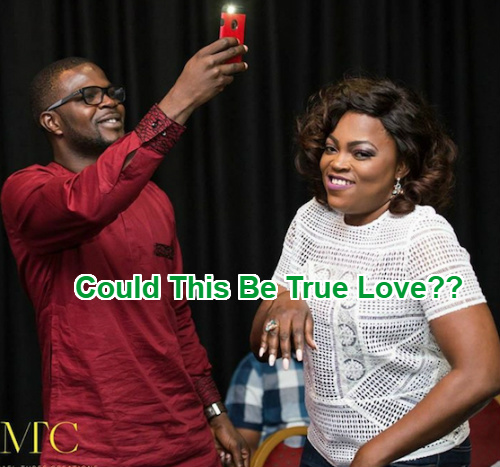 The marital drama that started in Nollywood actress Funke Akindele’s life in July 2013 is yet to be over.

According to the story making round among entertainers in London, a young lady who identified herself as Simbiat has come after newly married Nollywood actress Funke Akindele for using money to lure her man.

The light skinned socialite allegedly promises friends that Funke’s new union can’t last more than 8 months because she (Simbiat) is the only genuine lover of Rasheed Bello aka JJC Skillz.

The lady who reportedly lost her first child with JJC Skillz to a still birth in 2015 said she would have been very happy now if Funke Akindele didn’t disrupt her blossoming romance with the budding singer.

As it is now, Mrs Funke Akindele might have brought herself into a marital disaster waiting to happen.

He is fathering 3 children with three different women.

Wonder what happened to all the fine boys running after Funke Akindele in Nigeria.

Meanwhile, a family source said her mother disapproved the relationship at the last minute despite prophet’s approval but the actress shunned her mama’s advise.

Doris Simeon: I Care Less About Stella Damasus, All That Matters To Me Is The Well Being Of My Son
Husband From Hell: Man Forces Friend To R*pe Wife At His Home In Kano