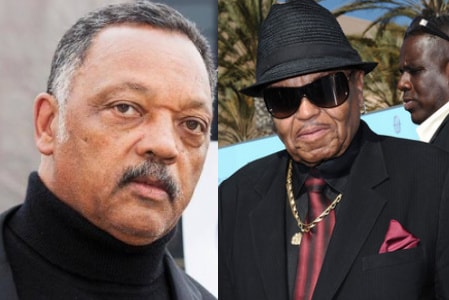 Dad of popstars Michael and Janet Jackson, Joe Jackson has succumbed to cancer, his family has announced. He died at 89.

According to reports, the patriarch of pop’s most famous family had been in hospital with cancer.

He died at 3.30am, in Los Angeles. His death is coming exactly nine years after Pop icon, Michael Jackson passed.

“Disgusted by some of the comments I’m reading about my grandpa Joe by those who didn’t even know him. Please don’t just regurgitate what you were spoon fed by the press. Joe was loved by our ENTIRE family and our hearts are in pain. Let us grieve without the nastiness.”

Jackson was said to have suffered poor health in recent years, having a stroke and three heart attacks in 2015, and spending time in hospital the year after.

He was separated from his wife Katherine but it is understood she had frequently been at his bedside during his most recent hospital stay.

He was criticised after Michael’s death for what some people said was an attempt to monetise his memory.

Jackson and his wife had 10 children and were married for 60 years.

He managed three of them, Jackie, Tito, and Jermaine, as a trio in the early 1960s. Marion and Michael later joined to make them the Jackson Five.

They signed a deal with Motown records in 1969 which catapulted them to global stardom, but Joe was constantly criticised as the five members of the band told of the abuse they suffered at his hands while he managed the band.

Last year he said he was “truly sorry” for the way he treated them.

“Joe Jackson, brother beloved, patriarch & creator of one of the most talented American musical dynasties. We will remember him as long as his family’s music plays. Offering prayers and condolences to the Jackson family.”