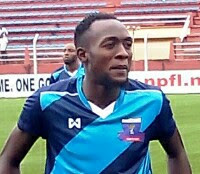 A midfielder for a popular Football club in Jos, John George has died.

John George died yesterday afternoon in Kaduna after a short battle with Malaria.

The former Lobi Stars player last played on the 13th of March 2016 in Makurdi.

George was said to have obtained clearance from Lobi Stars to return to Kaduna in order to treat himself following recurring cases of illness.