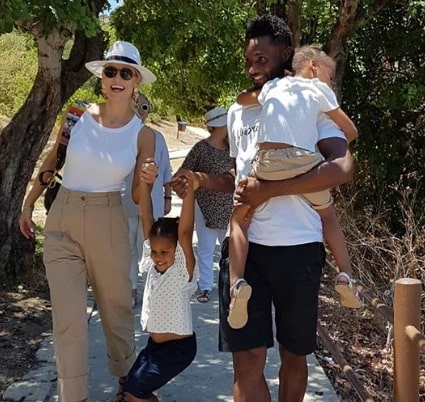 The wife of former Super Eagle captain Mikel Obi, Olga Diyachenko, has reacted to the news of their break-up.

AOI Football reports that things were going out of hands in Mikel’s camp following his move to a Turkish club, Trabzonspor.

Quoting a family source, it was also reported that Olga informed Mikel Obi not to expect the visit of their kids in Turkey.

“I can confirm to you that all is not seemingly fine with them. Olga doesn’t like the city and has taken the children back to their base.

“In fact, she warned him against the move to Turkey but he convinced her about it. Now she came visiting and doesn’t like it; the kids do not also like it there in Turkey which could now be a problem for Mikel.

“Now Olga has told Mikel that she won’t return to visit him again which means he won’t also see the kids, leaving Mikel with only the chance of seeing his family in December during the Christmas break, a decision which I understand has left him sad, and may unsettle him” the source revealed.

The development becomes a worry for the 32-year-old who also struggled to see his family during his time with Chinese club Tianjin Teda and having to fly for hours back to England to see his daughters.

Reacting to the alleged rift, Olga said she was shocked to see people happy about the news, noting that some are waiting to tell Mikel, how he was warned not to marry a white woman.

See her reactions below. 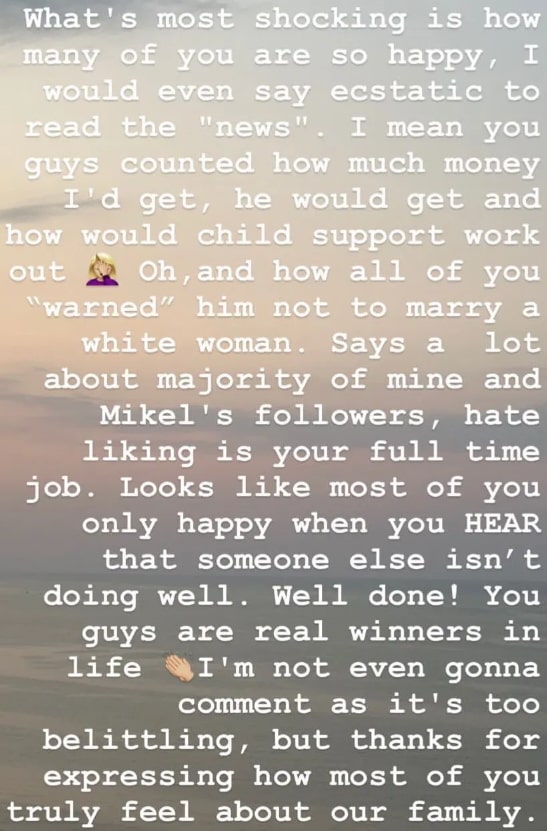 Nigerian Transgender Idris Okuneye Bobrisky Flees As Police Shut Down Birthday Celebration In Lekki Lagos
What Do Men Really Want In Their Women?