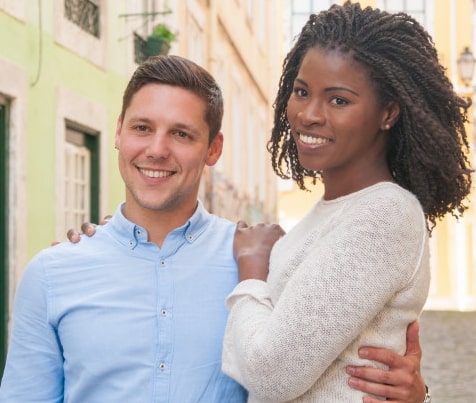 What Do Men Really Want In Their Women?

What do men really want? This was a question that rose and hovered precariously inside the theatre hall of the Creative Arts department of the University of Lagos last week when artistes mounted the stage. The title of the play: What Do Men Want, drew curiosity from many people.

As the audience sat quietly glued to the stage, the two actresses used the opportunity to banter on the nuances of their man called Kunle. Kunle is a polygamist, a seasoned womanizer with the propensity to have his fill with other women outside his matrimonial home. He never stays home; he never cares for his women. He only comes home when he feels the urge to sleep with any of them.

Typical of most men who neglect their homes, Kunle got married to the first wife; a woman of substance who loves him to the hilt. But Kunle does not stay long enough to share with her or the kids. The woman would cook his favourite foods to keep him close to his family.

Kunle would come home, merely eating the food as if it is a poison. The wife would device a new strategy to keep him home. Yet, Kunle would never relent. His eyes and attention keeps rooming outside to see if he can have more women to himself.

Then he comes across another woman called Susane. Susane herself needs a man desperately to call her own. She has been lonely for a while and the moment Kunle comes into her life, she immediately succumbs to his amorous entreaties. Thus, there are two wives in the home. The older wife initially refused to accept her. Confusion, hate, quarrel, arguments take over the home. The usual squabble between women holds away in Kunle’s home.

He begins to indulge in alcohol using all sorts of drugs to sleep with his women. That normal love life, serious love-making sessions that usually keeps a woman closer to her man is not there. Yet Kunle keeps moving from one woman to the other. At this point, the two women at home become friends, working on water-tight strategy to win their man back.

The younger wife is the most perturbed. “Oh Kunle Kunle, why won’t I have you to myself? Why have you suddenly turned an elusive husband?” She suddenly breaks down and cries herself to stupor. But the first wife yells back; “why do you worry yourself?.

How did you even get his attention? How many times was he making love to you in a day?” She is curious, too eager, but out of envy, to know.

“Four times in a day,” Susane says. “Are you an animal?” The first wife yells at her. “Four times in the morning? “Anyway, Kunle is good at it early in the morning. If he does not want to do it, just grab him and tickle him to submission. That is the only time when he can do it well”. Then the women begin to giggle with excitement, savoring the memories of Kunle.

Then the phone rings. Susane picks it. There is a noise in the background as she screams, her voice trembling in the process. ‘Oh, it cannot be true. No, no, no”, she screams hysterically scrambling to her feet. She scratches her hair, breaking down in tears. “What is it?” the senior wife asks her. “It is Kunle, he is with another woman”, Susane fires back in deep agony.

Susane does not wait to listen to her senior colleague who tells her not to go and fight Mama Sidi. Mama Sidi is Kunle’s latest catch. A woman with plenty of children who runs a beer parlour Mama Sdi knows how to hook young men; Mama Sidi is said to have used juju on Kunle. “No, not juju”, the older wife says. “She does it better than any of us two”. Oh what do men really want? The two women exclaim at the same time as the audience applauds.

But Susane hastens to Mama Sidi’s store to fight her. There she is beaten silly by Mama Sidi’s children. She comes home bruised, crying and complaining. Here the play ends as the women turn to the audience asking in high tone” what do men want?”

Women often ask this question same way men also do. So, what must women do to keep their men to themselves alone? The play explored the possibilities of studying the psychology of men to understand them better. “All my life I have been trying to understand what Kunle wants”, the older wife said to her junior counterpart. “But why don’t we work hard to stay on our own”, she quickly asks. “Is it possible?” Susane answers in return. How can we do without them (men)?”. In the meantime she is pregnant waiting for her man to come home to keep her warm. Who can do that if not a man, a man she loves from the bottom of her heart.

Do men want good food without good sex? Or do they want sex without good food? Do they really wish to have both in good doses all at the same time? What is it in the other woman that is better than the next? Is it fat or slim or busty women that a man wants around him? Why is it that one woman is not enough for a man at a time?. 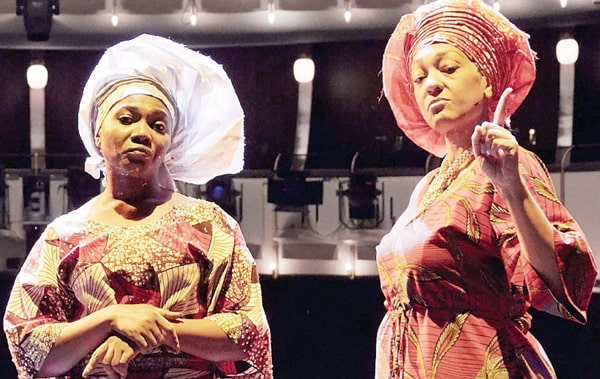 All these came up in the process of discharging the play on stage as the people sat quietly sipping the wisdom of the man-woman day-to-day affair. The play was written by Adelarin Awotedu and produced by Sola Adenugba of the Livetheatre Lagos. The two actresses were Diana Agbede and Maryann Ivy, two artists who really did justice to the nuances of the play and what it is meant to convey.

Continue Reading
You may also like...
Related Topics:men, relationship, want