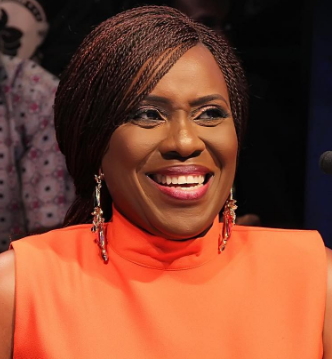 Was acting what you set out to do?

Oh yes. I knew from about the age of 10 and my parents supported me from the schools that I went to. After my A levels, I prayed. I asked God for confirmation and He said yes and I spoke to my father and he said, ‘take a gap for a year and see if this industry is yours.’ I’m talking of like late 70s and early 80s which wasn’t common in our time and they allowed me to do it. When they found out that this was what I wanted to do and enjoyed doing, they said ‘okay, go to drama school.’

Were your parents not bothered then because what most parents wanted for their kids was to be engineers, doctors and accountants?

I think what bothered them was the concern that would I be able to make a living out of this profession I was going into. They knew the talent was there. They nurtured the talents, they encouraged the talent but I think the idea was to encourage the talent to be a hobby. My mother played the piano as a hobby, so it was something like that for them. 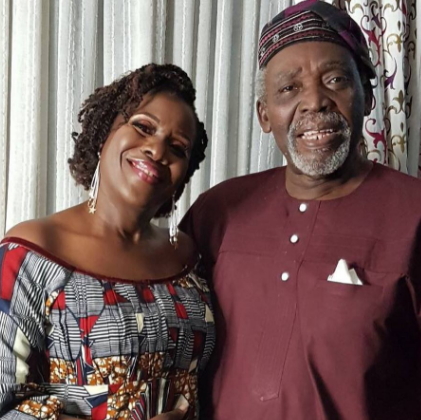 They wanted to see how stressful the industry could be, how uncertain, in the sense that you don’t always have work all the time but unfortunately for them, in my gap year I was working right through.

Sometime, I had like three jobs at the same time. I was working so often and they saw that I loved it.

You are one of the very few celebrities whose marriage has stood the test of time. But nowadays, we hear a lot of break-up among celebrities. Does that not bother you?

Not particularly. But I think people should know what their threshold of acceptability is. I think sometimes in this society, we tend to say you must stay in marriage no matter what it does to you. You hear some women who have stayed with their husbands right throughout the difficult times and when their husbands die they are so bitter because it seems that they wasted their life. This is something that the younger generations don’t know. That being said, I think there is need for both sides to see each other as human beings.

Do you have a pet name for your husband?

Oh yes, his name is Omoboy.

Are there moments that it becomes heavy to call him Omoboy because you are angry or you are having issues?

When Omoboy becomes Olu, that’s wahala (laughs) and same with me, my pet name is Iya but when he says Joke, I know I’m in trouble.

What are your thoughts on domestic violence?

I think I’m very happy that more women are coming out and talking about it. The partners must give themselves space once the violence starts. I think it is the most spirit destroying action that one can take. I think it is sad when relationships get to that point.

Can a woman really provoke a man into beating her?

I think in relationships, especially when we are angry with each other I think it gets to that point when you understand that you should withdraw. Like sometimes when I counsel young people, I tell them that there is a tone that you recognise that if I push any further I will be in trouble. When you hear that you will hold, you will see it. It’s in the eyes, you can’t hide it.