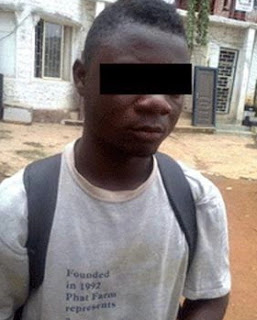 A teenager has been arrested in Niger state for defiling a she-goat.

The suspect, 15-year-old Kabiru Idi was arrested yesterday by a Police team on patrol in Bosoo LGA of Niger state.

Idi, a repeat offender was arrested following a tip off by vigilant residents of Gbeganu area of Bosso.