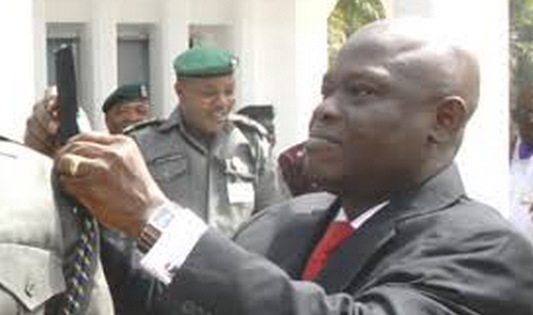 The former CSO (Chief Security Officer) to GEJ, Gordon Obuah has been arrested by the officials of the Department of State Services (DSS).

Gordon Obuah is currently being held at the Abuja headquarter of the agency over an ongoing investigation into illegal oil bunkering traced to him.

He was initially invited for questioning before being detained three days ago.

Relatives claimed Gordon Obuha has refused to eat since he was detained.

The group said: “He was also not told the reason for which he is be­ing detained”.