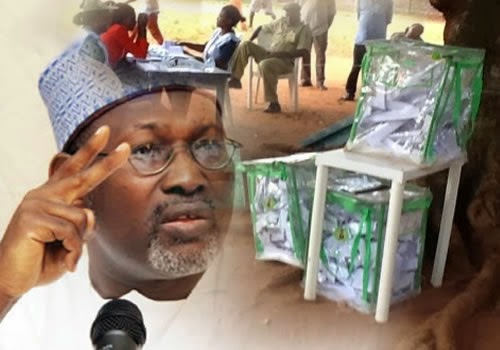 INEC Chairman Jega has stated ex-aviation minister Femi Fani Kayode lied about his claim that PDP party is winning 23 states across the country in the presidential elections that started on Saturday March 28, 2015.

In a news briefing with reporters at the International Conference Center in Abuja yesterday, Jega urged Nigerians to ignore reports pushed by people particularly those who are partisan. “You should be careful of the information people who are partisan are pushing out,” Jega said after he was asked if its true that Fani-Kayode’s claims that PDP is leading in 23 states is true.

He also stated that Nigerians should not categorically say that anyone is a winner. ” People are allowed to publish confirmed results but no one should any candidate a winner.

It would be recalled that Fani-Kayode, the spokesperson of President Goodluck Jonathan’s campaign organisation claimed that based on the current coalition of results by the party, the incumbent and his party are leading the presidential elections.

“As we speak now, we are winning in 23 states and we have 64 per cent while the APC is winning in14 states and has 36 per cent,” Femi Fani-Kayode said in a press statement sent to selected media houses yesterday evening.