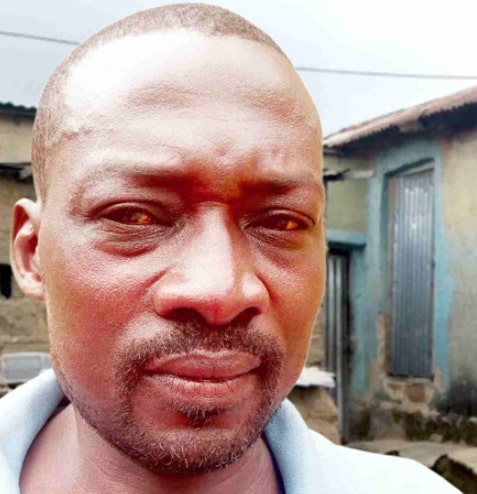 By Olatunji Ololade, The Nation

Mr Audu’s plight is such that many would not wish even their sworn enemies. A week after he lost his first born, gunmen invaded his home in Jos, Plateau State, and wiped out nine members of his family.

Now, 54-year-old Kogi Audu desires nothing but death, preferably by the same gunmen responsible for the death of his beloved wife and children. Narrating how the attack was carried out, Audu, said: “The attackers came at about 7 pm on a Thursday evening. I survived only because I was not at home when they came.

“Earlier in the day, I had worked on my farm just behind my house. By 6 pm, I got tired and decided to close for the day. Then I thought of strolling out to a relaxation centre. But while I was relaxing, my phone rang and I noticed that it was one of my neighbours that was calling me. I picked the call only to be told that some gunmen had invaded my house and killed all the members of my family.

“I thought it was a joke. I just thought that someone was playing some pranks on me. I never believed that in just 30 minutes after I left home, such a calamity would befall my family, so I ignored the call. But 10 minutes later, a friend ran to me with the news that all my family members had been killed. I said what sort of joke was that? But my friend insisted that it was not a joke.

“I still could not believe the story. I said well, maybe someone needed my attention at home, let me just go back. But by the time I reached my house, I saw my people lying in pools of blood. Initially, it appeared like a bad dream. I saw the bodies of my wife, my children, my mother and my son’s pregnant wife all lying lifeless. I was confused because I could not believe that such a thing was possible.

“I asked my neighbours what happened, and they told me that some people came with guns, killed them and ran away. I simply asked my neighbours to take me to where the gunmen were so that they would also kill me, because I have nothing more to live for.”

Asked what he thought the government could do for him in respect of what had happened, he said:

Asked what he would do if he saw the killers of his wife and children, he retorted:

“That is exactly what I am praying for. If I see them now, I will ask them to kill me also so I can join my family members wherever they are. That is just what I am looking for. And if you see them, tell them I am waiting for them to come and finish the job they started. I don’t want to live anymore. I cannot live with the agonies of this attack.”

In the second compound where three members of a family were killed, the only surviving 63-year-old Asabe Sunday said: “My 25-year-old son, Moses Sunday, my 26-year-old daughter, Blessing Sunday, and my husband, Sunday Dankura, were all killed by the gunmen. The gunmen terminated our 47-year-old marriage just like that. At the moment I have to relocate from the compound because I’m scared of staying alone.” 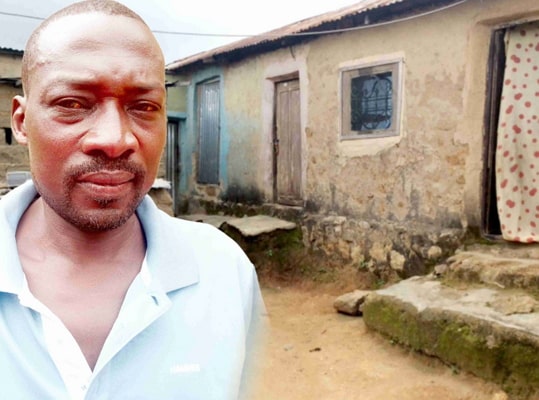 In Audu’s household where nine people were killed, three persons survived the attack miraculously, namely Audu himself, his second born, Miss Blessing Kogi, and his cousin,Fidelis Aweyi. It so happened that while the head of the family strolled out to connect with friends where they normally hang out in the evening, the cousin, Fidelis, just stepped out of the house to buy something from a nearby shop.

The third survivor, Blessing, an undergraduate of the University of Jos, had the most miraculous escape as she was right inside the room where nine people were killed. Why the bullets failed to hit her remains a mystery.

Recalling the ugly incident, she said: “I was together with my other brothers having our dinner in the parlour at about 7 pm. Initially, there were seven of us in the room, but two other family members, who were sent to bring food from a close family house, joined us in the room and were all chatting and eating. All of a sudden, some unknown persons burst into the room without knocking. Two of them were carrying guns.

“The gunmen ordered us to lie down and all of us obeyed the order. Then one of them started shooting at us one after the other. I shouted ‘Jesus!’ three times. As they were shooting at us, they shot at me twice but the bullets did not hit me. I lay motionless, pretending that I was dead.

“Believing that they had killed all of us, they went into the rooms and killed my grandmother. After a while, they came back to the room where they were to confirm that we were all dead, but before they came back, I had rolled under the bed. Thinking that all of us had died, they left and disappeared into the rocky hills.

“It was when sympathisers came to the compound to see what had happened that I came out of hiding.”

Blessing added: “My father only escaped because he left the house before the gunmen came. Everyone in the house was killed except myself who miraculously escaped. Those killed included my mother, Talatu, my grandmother, Kende Audu, my late elder brother’s wife, Blessing Lucky, her son, Majesty Lucky, and three of my younger ones, Jonathan, Ishaya and Ruth. There were also three of my cousins, Dorcas, Sunday and Izimi.”

Audu recalled that two days before the incident, they had noticed the presence of some suspected herdsmen with some people in military uniforms loitering around the field behind their house. “When the community members approached them to find out what their mission was, the military men told the community that they were helping the people to search for one of their sons who got missing while grazing cows at the foot of the hills. missing behind our house, we should know about his disappearance. So, they vented their anger on us even when we knew nothing about their missing son. I don’t know if anyone told the suspected herdsmen that my family should be held responsible for their missing child. They just targeted my family and killed all of them.”

Audu had lost his eldest son, Lucky, in an ambush in which gunmen killed four persons in August. Lucky’s widow, Blessing, and her only son, Majesty, were among the nine family members killed in the last attack.

One killing too many

Audu and members of his household are victims of the killings that have become a recurrent issue in Plateau State, particularly in the northern senatorial zone of the state where jungle justice is the only conflict resolution mechanism the people seem to embrace. Here, killings are used to resolve killings, and the more government takes steps to bring the killings to an end, the more the killings that are carried out.

In the first three years of Governor Simon Lalong’s administration, there had been a respite in the frequency of tribal and communal attacks. But not a few observers believed that the peace that existed during the period was that of the graveyard, considering that there was bottled up anger and suppressed hatred all over the northern part of the state.

Security analysts have argued that the cessation of hostilities in those three years was only a mark of respect for the new administration. “The people affected had suspended hostilities in the hope that justice would be done by the new administration, but they returned to their trenches when they realised that the hope of justice was nothing but a pipe dream,” one analyst told our reporter, preferring anonymity.

Investigation carried out by our reporter revealed that the recent attack was typical of the killings that have taken in Plateau State in the last decade. Survivors of the attack, who are of the Irigwe tribe in Bassa Local Government Area, are unanimous in their belief that the killings were carried out by suspected herdsmen. They alleged that it was a reprisal attack by the men who had lost a teenage herder about four days earlier. followed the trend of violence in the state. Once a herder’s life or the life of a cow is involved, a reprisal attack on people follows. Three days before the last attack, the herdsmen community in the state had announced the disappearance of their 14-year-old boy named Sama’ila Muhammed while grazing cattle. The boy was said to have got missing in the area where the recent attack took place.

The gunmen unleashed terror on three homes, including that of Audu where nine people were killed. In the second home, the gunmen killed two, while in the third home, they killed three, bringing the number of deaths from the attack to 15.

As if they were not satisfied with taking 15 lives, they made attempts to kill three more people but the targets were lucky to escape with gunshot wounds. In the twinkle of an eye, the gunmen vanished into thin air.

The attack on the three families, which led to the death of 15 persons, almost set the entire Jos city on fire. Youths, who could not tolerate the killings, erupted in violence on Rukuba Road. They blocked the road and unleashed terror on road users in anger for the killings.