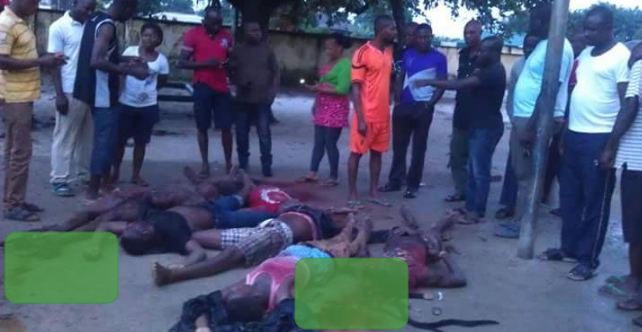 Residents of Ahoada community and environs went into spontaneous jubilation when they learnt that the police had killed ‘General Igbudu’, a notorious kidnapper who had kidnapped and killed many people within the community.

The traumatized residents celebrated ‘General Igbudu’s death because they believed it would end the violence in their area.

The Rivers State Police Command confirmed that its anti-robbery squad gunned down the suspected cult leader and some members of his gang members who have been terrorising Ahoada East, Ahoada West and Ogbe/Egbema Ndoni local government areas.

The Police in statement issued by its spokesman, DSP Omoni Nnamdi, explained that last night at about 8.40 p.m., there was a distress call about an armed robbery attack at Ihuike axis of the East/West Road in Ahoada East Local Government Area of Rivers State. 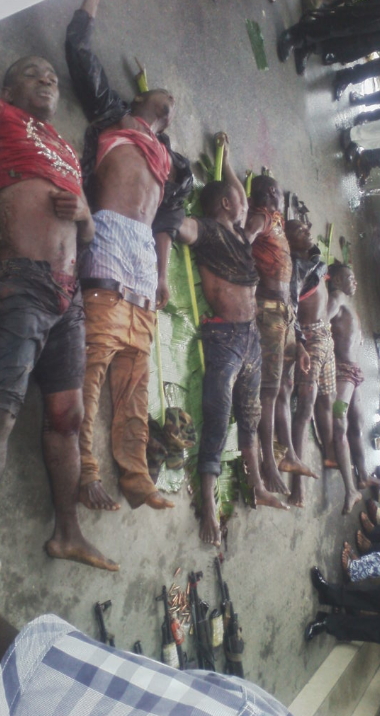 According to the police, “the robbers are the notorious gang of armed robbers/kidnappers who have been terrorizing the East/West Road. The leader of the gang is one ‘General Igbudu,’ who is suspected to be responsible for all the killings in Ahoada community and the kidnapping of fourteen (14) passengers from

Other weapons recovered include one Tokarev pistol S/No. 96301517 with one round of 9.mm ammunition, one Brownie pistol No. F.A 5293 and two military face caps.

The Commissioner of Police Rivers State, Francis Mobolaji Odesanya, assured the people of the state of their safety at all times.

Ghanaian Man Who Slept Inside Graves For 30 Years To Get Spiritual Power Laments
Photos: Chairman Of Oshodi Branch Of Pickpockets Association Of Lagos & 21 Traffic Robbers Arrested