According to insiders, the cute couple married secretly at a location in Nigeria days after they attended the wedding ceremony of Adesua Etomi and Bankole Wellington.

A source who witnessed the secret court wedding leaked the photo on the social media yesterday.

We learnt Iceberg Slim proposed to her in August and since then they have become inseparable.

Our sources said Iceberg who used to spend most of his time in New York has temporarily relocated to Accra Ghana to be with the love of his life, Juliet Ibrahim who officially became his wife yesterday.

Here is a photo from their secret court wedding…

Juliet Ibrahim who confirmed her union to Olowokere also took to Instagram to share this bold declaration of love with a photo of her engagement ring. 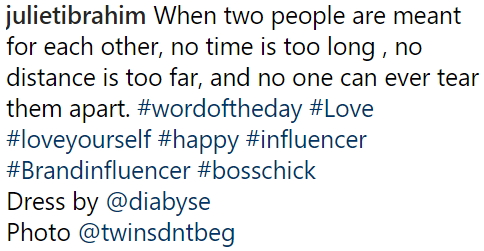 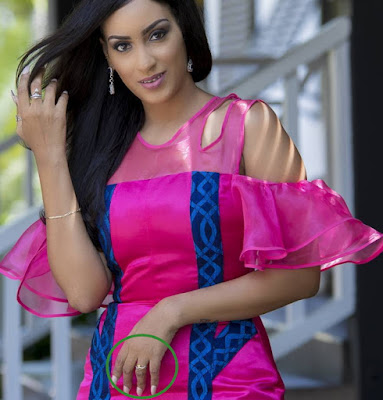 Check out cute photos of the couple at the recently concluded traditional wedding ceremony of Banky W and Adesua Etomi in Lagos. 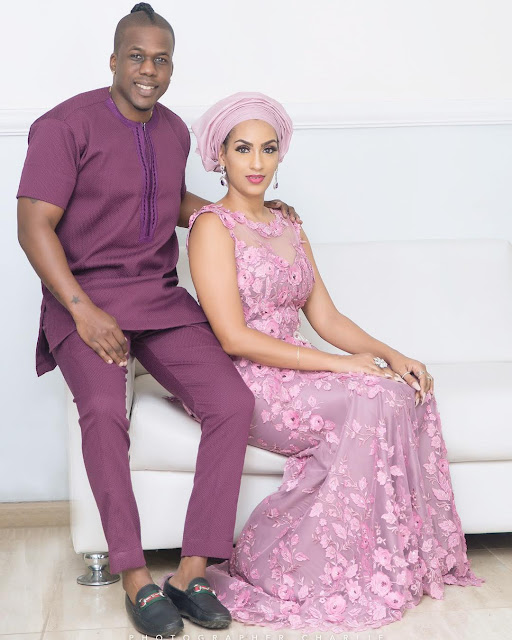