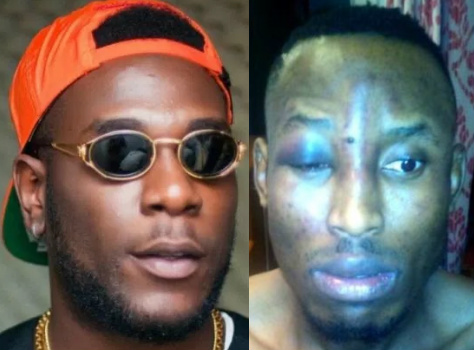 Nov 22, 2017 – Mr 2Kay: Burna Boy Hired Thugs To Attack Me After I Cautioned Him To Stop Attacking Pastors On Tithing

Robbery survivor Abinye David Jumbo aka Mr 2Kay, has broken his silence on the robbery incident and alleged involvement of Damini Ogulu aka Burna Boy.

Mr. 2Kay said Burna Boy had issued him a threat but that he took it as child’s play.

Speaking to Vanguard through his manager, Silas, Mr. 2Kay disclosed that Burna Boy’s threat was sequel to his caution on the former’s attack on Pastors.

“The arrested suspects confessed that Burna Boy contracted them through a third party to teach Mr. 2Kay a lesson because he granted HipTV an interview, where he corrected Burna Boy for saying negative things about Nigerian pastors.

“2Kay only said Burna Boy shouldn’t have spoken ill of pastors because they are anointed men of God so he can’t be talking about them in that manner.

“After the interview, Burna Boy sent a message saying ‘You better have that energy when I come for you because I’m coming for you.’

“We thought it was just an empty threat but unknown to us he was serious about it. All along we didn’t want to talk about it because the police are still doing their investigations.

“We just have to watch our backs because we’re not safe. Mr. 2Kay will always have security around him, two bodyguards and police protection for every event he goes for now.”

“Mr. 2Kay does not want any form of trouble, left to him alone he would drop all charges. But for now it’s left to the police, they have the right to do whatever. On our own end, I don’t think we’re going to press charges”.