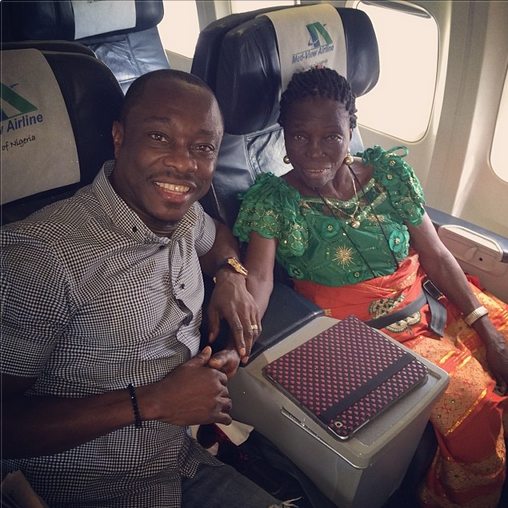 In order to take up the responsibility of caring for his newborn baby, popular comedian Julius Agwu has travelled to his village to bring his mother to Lagos

The ace comedian and his aged mother were pictured together on a flight operated by Medview airline enroute to Lagos last week.

For the next few weeks, Julius Agwu’s mother, Mary Agwu will be performing what the ibos called Omu Gwo.

This is a period in Igbo culture during which the mother-in-law takes care of her daughter (in this case Julius Agwu’s wife) and the newborn baby.

Julius Agwu’s wife, Ebiere delivered her second child on October 7th, 2013 in the United States of America. She returned to Nigeria in December.