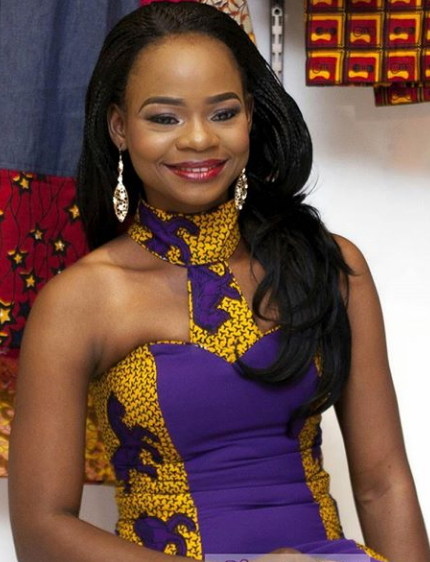 Sunday Orisaguna, husband of bread hawker turned model Olajumoke Orisaguna has resumed work, though not on a full scale.

ENCOMIUM Weekly’s checks revealed that, Sunday has done a couple of aluminum jobs in the last couple of weeks. The couple is presently making efforts to rent an office for him to ply his trade. 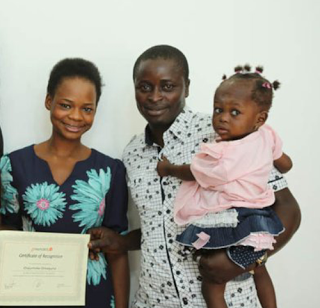 Meanwhile, Olajumoke Orisaguna has settled down to her new status which fits just like a second skin. The mother of two girls is still schooling at Poise Nigeria, where she is learning Etiquette, Social Graces and Grooming which will run for one year.

Perks and gifts have been flowing ceaselessly to the new model. Former Miss World, Agbani Darego gave Olajumoke Orisaguna many clothes from her clothing line.

We gathered that Olajumoke and high society photographer T.Y Bello would commence a photography project in a couple of weeks that would further boost the former bread hawker’s career in modeling.

Olajumoke, who is gradually making her way to the top as a model with the robust jobs she has been doing since joining Beth Models has no regrets joining the agency. Speaking with ENCOMIUM Weekly, Laura Okah of Beth Models said, “We have gotten her a few jobs. Some are on the social media, while some are yet to be released. When we signed Olajumoke, we didn’t sign her as a model but we signed her for image rebranding. We also want to work on her foundation. We are currently scouting for a sponsor.”

Olajumoke may not travel to China any time soon. Information put together by ENCOMIUM Weekly revealed that sponsors of the trip are still making adequate preparations to make her stay over there a memorable one.

Continue Reading
You may also like...
Related Topics:breadseller, jumoke orisaguna