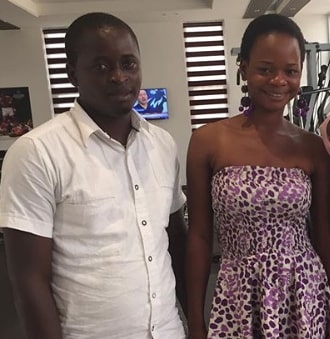 Sunday Orisaguna, the husband of bread seller turned accidental model, Olajumoke Orisaguna has cried out for help following the downward turn of events in his marriage.

In a recent chat with EElive, he said his wife celebrity status is now causing her to misbehave towards him.

Here is what Mr Orisaguna told the interviewer.

“Sujimoto has been of tremendous help to us, though he couldn’t help me as he promised. I appreciate that it was him God used to put a roof over our heads.

Every time I attempt to get a job, I get scorned because they keep seeing the mother of my children as a superstar. I can work even at car-wash outlets, as long as the job is legitimate, I don’t mind. That’s how bad things are,” he said.

Although they live together and have two children, the lovers are not married; a situation that Sunday blames Olajumoke for.

“My parents had sent words to her mother for about three years now that it was time to formalise our union but Olajumoke has continued to turn down the proposal while insisting that the time isn’t right yet. So, marriage or no marriage is up to her.

I think she was better when she was with Azuka because Azuka and TY Bello have great connections that paid Olajumoke more. I just know her manager calls her, they go out and return late.

Sometimes she returns as late as past 12am and without explanations. She doesn’t even tell me where they go and what happens. To be honest with you, I’ve had to be tolerating her rudeness. 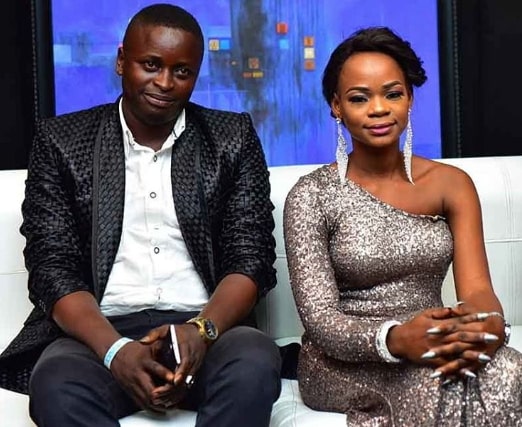 She talks to me recklessly and I get very upset. I know her attitude to me is this reckless because I’m not rich or have a robust means of income.”

However, on her own part, Olajumoke said:

“The world expects more from me. That’s why I want to own my house before the expiration of the 5-year rent which Sujimoto paid on my apartment at Surulere, Lagos.

It’s a tastefully furnished apartment and it was Azuka who spoke to her friend, Sujimoto, who later got us the place. She was also the one who spoke to the Payporte CEO who gave me one year contract. God will provide. I trust Him, He never fails me.”