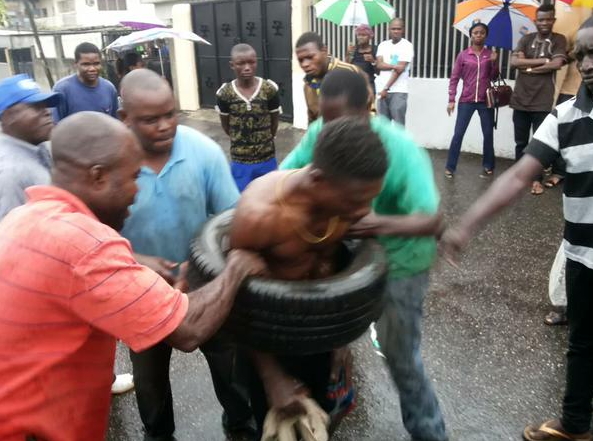 A young man who reportedly snatched a car from a woman in Olodi Apapa was caught after the victim raised an alarm.

A group of motorcyclists chased after him and caught up with him at Isikalu junction.

The suspect wasn’t allowed to say a word before a angry mob placed a tire around his neck and set him on fire.

The suspect was killed in a barbaric manner yesterday as onlookers watched in horror.

Why kill him when you have recovered your vehicle, why not hand him over to the police??

This is barbaric!! Say no to Jungle Justice.