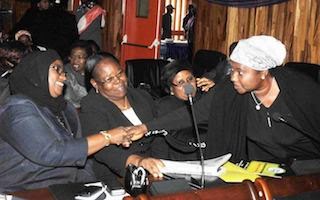 The 1st female Chief Magistrate in Jigawa state died last night at an undisclosed hospital in Dutse at age 54.

The deceased was Solicitor General, Attorney General and Commissioner for Justice from 2000 to 2005 before her appointment as high court judge in 2010.

Meanwhile, the state chapter of the Nigerian Bar Association (NBA) has condoled with the family of the deceased and the state judiciary.

In a statement, Chairman of the association, Mr Muhammad Turaki, expressed heartfelt condolences to the family.

“We are proud of Nana Aisha Abdullahi as one of our prominent members; a dedicated member and mother of the association.

“The late judge served the judiciary and the State with diligence, courage and the fear of Allah.

“The association received the news of her death with shock and total submission to the will of Almighty Allah.

“Our condolences also go to the Jigawa judiciary, particularly the Chief Judge and Grand Khadi of the state.