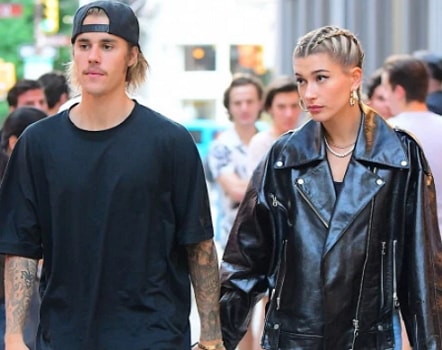 Justin Bieber Confirms Engagement To Hailey Baldwin With Bible Verse Proverbs 18 vs 22, Says Jesus & Holy Spirit Led Him To Propose To Her

Canadian Singer Justin Drew Bieber broke the net with his engagement story on Sunday the 8th of July 2018 when he popped the question of a lifetime to his casual girlfriend, Hailey Baldwin.

The report that first surfaced as a rumour  has been confirmed by the singer.

He 24-year-old took to the social media yesterday to confirm the buzzing story as he reveals why he took the unexpected step that has left many of his female fans and fans of his ex girlfriend Selena Gomez heartbroken.

In his confirmation post, Bieber said God through Jesus and the Holy Spirit led him to ask his on and off girlfriend to marry him.

Here is how he confirmed the engagement story 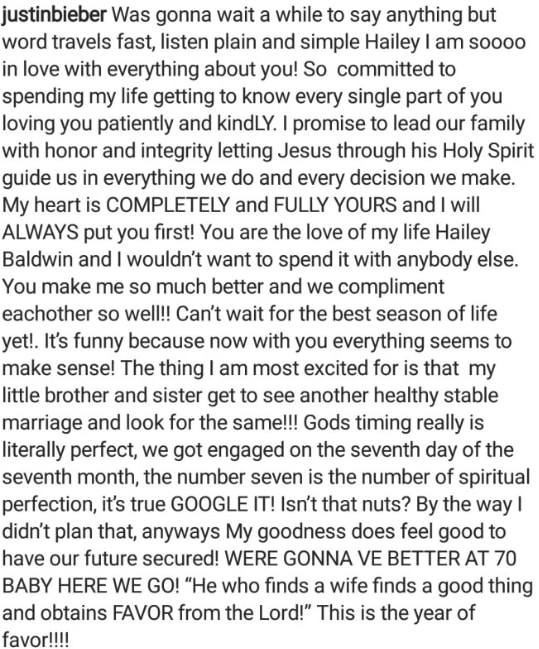 When Justin Bieber openly said he has given his life to Christ last year, people thought he was joking until a series of positive events led critics to believe that he is indeed a changed man.