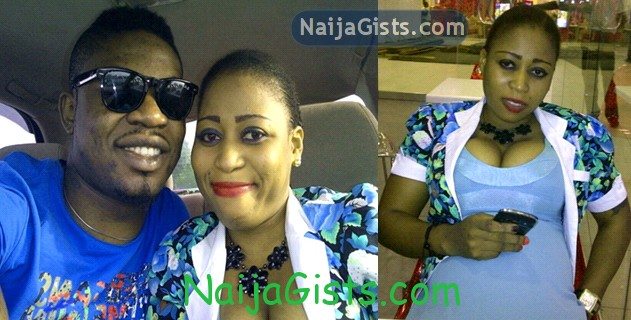 K-Solo who is blindly in love joyfully announced Bimbo’s pregnancy to all his detractors few days ago.

Bimbo and Ksolo got married secretly on Friday 23rd of Nov, 2012 at Bimbo’s parents house in Ogba area of Lagos.

Though he was married to Kikelomo Oyeniyi, a wealthy business woman, he has been secretly dating Bimbo for over 7 years.

Bimbo who is heavily pregnant is set for her baby delivery in the first quarter of next year.