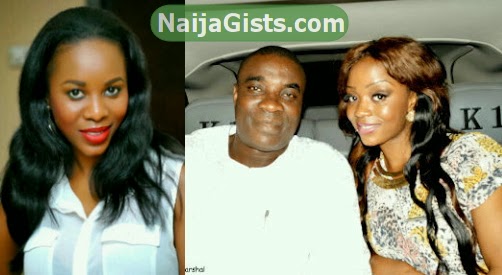 Feb 8, 2014 – K1,King Wasiu Ayinde’s Daughters Are Getting Married At His House In Ijebu Ode

Fuji star King Wasiu Ayinde Marshal, KWAM1 is set to give out his daughters hands in marriage next month.

His daughters Sekinat Olatanwa and Aminat Tolulope will be getting married in March at his luxurious mansion in Ijebu Ode.

On the 6th of March, 2014, Sekinat will tie the nuptial knot with her longtime lover while her younger sister Aminat will do the same on the 9th of March.

In an SMS sent to close friends and family members, K1 asked for prayers and support for his two daughters. He said the wedding will hold on the aforementioned dates at his Ule Omo Ojusagbola mansion in Ijebu.

“You are my pillar of support, I covet your prayers and support in all ramifications. Thank you.” – K1 said in the SMS

According to entertainment insiders, the whole town of Ijebu is already shaking as preparations are being put in place to make the event a memorable one.