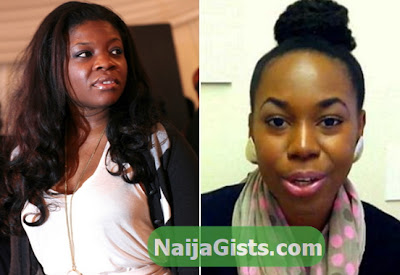 Few days ago a Nigerian girl based in the United States of America identified as Kola Olaosebikan vows never to return to Nigeria again after the issue of underage marriage surfaced.

In the video that went viral last week, the young lady who claims she would never return to Nigeria again called her country of birth all sorts of names.

Kola’s argument allegedly upset some Nigerians who lashed her with all sorts of comments.

Check out few comments below;

Kemi Adetiba, the former host of Maltina Dance All TV show has shared her thoughts on Kola Olaosebikan‘s video on instagram.

Read what she said below;

I try to stay away from controversial topics because I am extremely opinionated and can get overly passionate but after dear friend posted the video of this lady on her FB I was moved to say something. First before you continue with my statement. My first reaction after watching this video was to punch this young lady in the neck, but that wouldn’t be last like. My next reaction was to Cry. Cry because of the ignorance. Cry because her intention might good but her execution is distorted.

First off, every point she tried to make is watered down by her starting each sentence with “WHY WOULDN’T I LEAVE…”. Yet she moulds her points like she is advocating for change.. My dear, you are part of it. Many people might have the same reasons for not moving back to Nigeria (I for one am bi-continent) but you don’t see that many people wearing it like it is some badge of honour. It should be with shame and you should instead start the sentences with “How can I change…” If i was to do a video about the USA in the same spirit as this fine, young lady exudes in this video, she would be shocked and understand that THAT mirror she is thinks they are fighting on the side of RIGHT.

She also says “Why should she fight when there is no justice system in place that says that if you die for something you believe in, at LEAST someone will be held accountable for your death” Lol. Smh. That same America she is in, she should read up on it’s history then say that to Malcolm X, Emmett Till and all the other names that were not popular or published. If the Martin Luther Kings and the Nelson Mandelas had her exact same attitude… SMH p. S Your Ass STILL sound Nigerian… So, NEXT!!

From our own investigation, Kola Olaosebikan didn’t reveal her real identity online.

She is a blogger who took to YouTube to promote her blog under the pretense of slamming Nigeria.

If you click on her YouTube Video, you will see a link to her motivation blog there.

What a wrong way to promote a brand.